The Smallest Big Man In Bingo 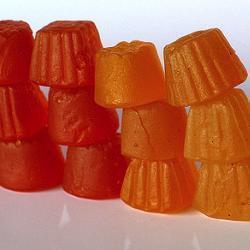 It's a different, puzzling and frankly bizarre world in the bingo hall; the little slips of paper, the special pens, the stream of what sounds like nonsense coming from the chap at the front which only the initiated are able to translate into numbers... still, it is a world of winners and losers, of champions and inspirational figures. Even figures that stand below 5 foot tall have an indefinable streak of success running through them.

Jason Owen, the 4ft 4in tall caller for the Mecca Bingo on Garratt Lane, is in the finals of the Southern Bingo Calling Championships. Though small, his range as a bingo caller is big and has earned him a devoted gaggle of fans who call themselves Jason's Bingo Bunnies. Seriously. The man is the highlight of the week for regulars of the south London number circling game. The 50-strong band of bingo groupies will accompany Jason to the finals in a coach, no doubt playing some sort of number game on the motorway to pass the time. We hope the many motorway services canteens along their route are prepared for them.

The first prize in the championships are a trip to Las Vegas and £500 cash and while we're not bingo bunnies ourselves, the idea of this guy taking his schtick to the States with a handful of cash and a cunning knack for calling out numbers puts a smile on our otherwise bitter and ironically twisted faces. Let's hope the short chap wins and gets the chance to take his very special brand of South London "legs eleven" and "two fat ladies" across the Atlantic; now who wouldn't want to see bingo run by a little man take off in the big casinos?

Image by Pikaluk on Flickr, courtesy of the Creative Commons Attribution 2.0 licence.