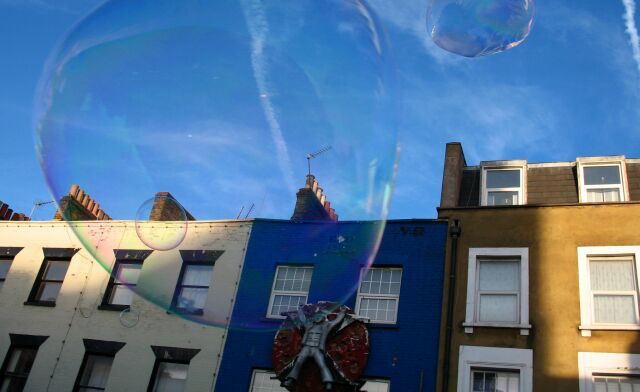 20. A Chronicle Of Oddness

Reaching the twentieth episode in the Saturday Strangeness is somewhat of a mini-milestone for me, and so to celebrate the capital’s frequent bouts of weirdness, here’s a brief catalogue of high strangeness pertaining to the weird, wonderful and downright sinister which has plagued London for the last twenty years.

A domestic cat named Peppi goes for its usual stroll around Anmer Lodge old folk’s home, when suddenly with a terrific bang and flash, it explodes in blue flame! Meanwhile, there is an obscure rumour that a puma-type cat was shot and killed near Greenwich Observatory.

Writer Stephen Volk begins his next project for the BBC to be entitled ‘Ghostwatch’. Originally planned as a six-part drama, the mockumentary would air in 1992, to become one of TV’s most terrifying hoaxes.

A UFO lands in a field, to the amazement of many motorists who stop to observe the craft. Police are called, and one officer approaches the object and is met by a small, silver-suited being. However, the whole affair turns out to be a prank organised by Richard Branson who had planned to land the disguised hot-hair balloon at Hyde Park on 1st April, but the wind had blown the balloon off course.

Is this building cursed? Many deaths within the company that used to be based there, connected or otherwise, have still been blamed on the strangeness of the building.

A Boeing 737 waiting to land at the airport has a near miss with a bizarre object that was captured on radar.

A man working at the station is spooked by an encounter with a blonde yet faceless female apparition.

A man claims that he was awoken in the night by strange shaft of light and two grey alien beings beckoned him to a mysterious blue light, whose eerie glow he could not resist...

A female spirit is said to haunt this now closed station (although it is still used for parties etc). Experts believe the ghost sightings date back decades and may concern an actress.

A woman and her son watch, from the boy’s bedroom window, a huge black triangular shaped craft hanging in the sky.

Two young children hear a strange ‘tish-tish’ sound outside their bedroom and see a huge orange triangle in the sky.

The pub is said to be haunted by a fleeting male spectre with reddish hair.

A boomerang-shaped flying object is seen at 10:25 pm. The UFO is only viewable through binoculars and leaves at great speed. Chickens in Barnet are found eaten by the so-called ‘local beast’.

After the grisly discovery of many domestic cats over the course of four years, the RSPCA concludes that such kills are not the work of a mysterious ‘big cat’ or even a suspected cat serial killer, but in fact down to vehicles, despite the fact most of the victims were found in back gardens and fields.

Rumours circulate that a kangaroo is on the loose. The creature, said to stand around six-feet, is said to have kicked a dog and has been spotted on several occasions. Personal opinion is that the creature was a wallaby, but neither species were flushed out.

A six-foot long python turns up in a van hired by a group of church musicians from Woolwich. Apparently the snake was previously owned by a Folkestone couple who had hired the van before the band got the shock of their lives. In the same year the ‘beast’ of Barnet was a lynx, captured in a back garden.

Peculiar symbols and mysterious artefacts are associated with diabolical summoning during this month. Locals are at once intrigued yet spooked by the thought that dark arts are being practiced in the park, especially after a man’s dog went missing in the area. Smouldering candles, stone circles and other ritual associated paraphernalia leaves the public stumped, although the alleged conjurations did echo similar incidents that occurred back in the ‘70s.

A poster warning the public that a crocodile is on the loose in a Shirley pond turns out to a hoax. In the same year at Richmond Park, two men see a strange ball of light that seems to turn into a child with a large head before vanishing. Also, during this year, it is claimed that a ghost was caught on film at Hampton Court.

A poll claims that these two towns are a hotbed of UFO activity, with Lewisham coming tenth in the league of the UK’s top UFO hot spots. The list is compiled by UFO investigator Nick Pope. In the same year, wildlife experts claim that Muntjac Deer, originally from China, are living healthily in Barnet woodlands.

A person walking down Swains Lane sees a dark figure standing near the gates of the notorious Western Cemetery. Upon approaching, the witness can see that the figure is dressed in a long, dark coat and had a tall, dark coat perched upon its head. In a strange, ‘old fashioned’ accent the figure says, “Good evening sir”, yet the words seem right in the ear of the witness who is still several yards away. When the witness is fifty yards down the lane, he looks back and watches in astonishment as the figure glides across the road and straight through the gates of the Eastern Cemetery. In the same year a mystery creature, possibly a big catfish is observed eating swans on a stretch of the River Lea, whilst in Sydenham, resident Anthony Holder claims he was attacked one night in his garden by a black leopard.

Many witnesses report seeing an angel-like figure over the river, with one gentleman allegedly filming the figure. A silver, pyramid-shape craft is observed over Putney, heading towards Wandsworth.

Is the ghost of a fire-fighter photographed on mobile phone or is the image merely a trick of the light ? Whatever the case, many who work at the station believe the building to be haunted. Meanwhile, scores of witnesses contact local newspapers to report a fleet of UFOs over Dulwich. The ‘beast’ of Bexley becomes the next ‘big cat’ to take the headlines alongside the ‘big cats’ of Exmoor, Bodmin and Surrey.