Review: Masque Of The Red Death

By London_Sian Last edited 172 months ago
London_Sian Review: Masque Of The Red Death 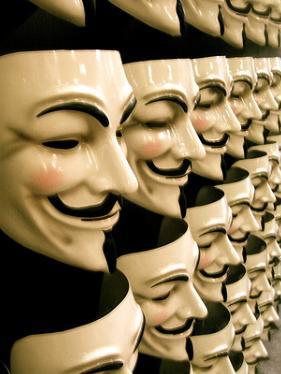 Never have we wanted to shout about a theatre production company more than Punch Drunk. Ever since we saw them perform Faust in an old warehouse, we were obsessed. On Friday night, we went to see their new offering, Masque of the Red Death at the Battersea Arts Centre and we haven't shut up about it since.

There is no other show like this. Seriously. What other theatre will plunge you into darkness, put scary masks on you and throw you into a huge world of unknown to explore and be completely submerged into. Alone. We were scared.

Audience interaction isn't a new concept. Feeling like you're part of the show is. We had no idea whether we were stood next to an actor or audience member and we didn't care. We didn't know if a room was going to be empty or if there were dead bodies to be found. We had no idea what was going to happen next. A word of warning: You will lose your friends in this theatre space. You will have more fun if you don't try and find them. Just enjoy.

We haven't really told you what it is you're meant to be enjoying. And we want to but it's so hard without spoiling a show full of amazing secrets. The play is based on short stories by Edgar Allan Poe. We didn't know the plot when we went, and to be honest we still don't. Don't expect a linear story here, that isn't going to happen and it's not really the point.

The whole of the BAC is transformed. Not just the rooms you'd recognise if you're familiar with the centre but all of it. You go up stairs, into basements and into really scary attics. You won't recognise any of this space. There is action in most of the rooms, be it a dressing room of a theatre, or a coffin hidden in a basement (so scary we rushed out of the room very very quickly). Even when there isn't anything going on, you'll find yourself wondering around looking at all of the amazing props. Every inch of every room is covered.

We can't tell you much more about this without ruining the surprises and it's so much fun if you find out on your own. Everything you see will amaze you and we don't want to ruin that for you. The timing in this show is impeccable so even in such a huge space the fantastic actors all know where they should be. None of this show looks staged, as long as you imagine that you're really there and it really is all going on around you. As soon as you put your mask on this really isn't hard to do. It's such a personal and anonymous experience because you are told not to speak. The silence is eerie, as is having no interaction with the other audience members. You're totally on your own.

Perfect timing brings everyone into the ballroom for the finale which means you finally catch up with your friends (and if your lucky enough get danced around the room by very attractive male cast members). This is the time to catch up with your friends and find out if they saw all the amazing stuff you saw. We can assure they won't have. Four of us went. All of us had different experiences. And we know there was more stuff to be found. We're going to go back. Again and again.

On Friday and Saturdays you're lucky enough to get an after show party for more drinking and dancing. That said, we're not yet sure of the after show entertainment. The old school stuff was great and really suited the show. It all went a bit down hill after that. The Prince 'tribute' was above average but he was very self important as he gave Londonist the finger when we tried to take a photo. Charming. A strange hardcore metal band was so hard to listen to that we eventually gave up and went home. But we do know that the music is going to change each week so hopefuly the bands will get better.

We don't want to repeat ourselves but GO GO GO! We know it's sold out until November but it's on until next year so you really do have no excuse. This is the best show you'll see this year. If not this decade. Until Punch Drunk come back next year and do it all again. They'd take over all of London and turn the whole city into a stage given half the chance. This is what modern theatre should be about. When it's this good, why would you want to waste your money on Billy Elliot?