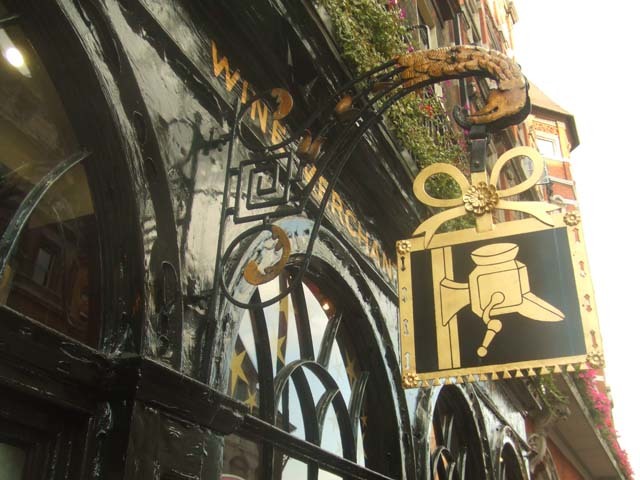 St James wine merchant Berry Brothers and Rudd could be considered as a family-run community corner shop. But when you consider that the family are eighth generation owners, their local community includes the Queen and Prince Charles, and even the ‘corner’ is formed from Henry VIII’s tennis court, you soon realise that this place is in no danger from supermarket encroachment. It's possibly the poshest corner shop in history.

Londonist, lucky us, recently wangled a tour of the establishment at 3 St James Street. What follows is a sneaky peek into the hidden treasures and secret passages of Berry Brothers and Rudd. 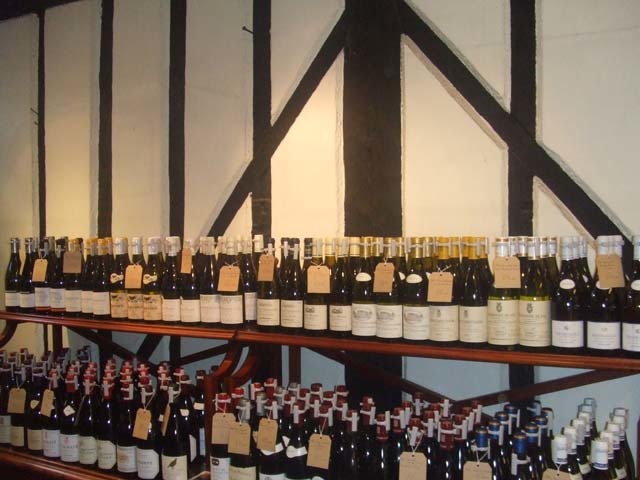 This shop is old. Very old. It’s the oldest wine merchant in Britain, no less. The frontage and uneven wooden floor date back over 300 years to a time when a mysterious ‘Widow Bourne‘ kept a coffee shop here. (The identity of Mr Bourne is unknown, but we believe they recently made a movie trilogy about him.) The floor is formed from the hacked up timbers of a forgotten ship. And the atmosphere of a disappeared London is bottled up as masterfully as a vintage Tokay.

Click below to enter the basement...and learn about a secret passage. 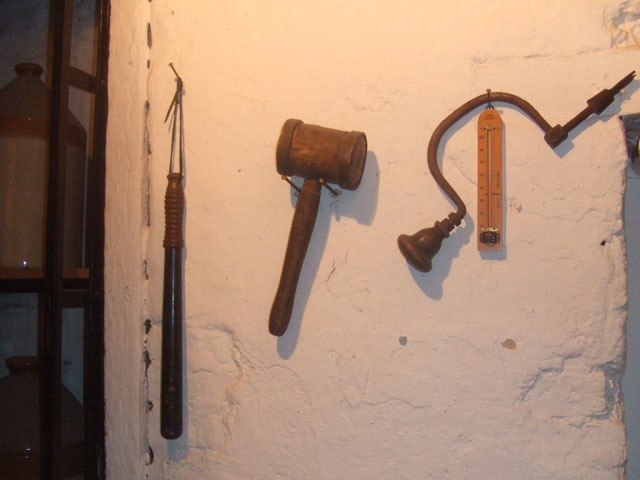 We descended to the first basement level down a rickety flight of stairs and into a small room. More treasures. A truncheon belonging to Napoleon III (nephew of the famous one) hung beside implements of the wine trade, and a nearby shelf held bottles, thick with dust, from the 19th century. We learnt how bottling only became economical in the early 20th century. Any vessels dating from older times are now very expensive. A leitmotif, we soon found, of most items in this place. 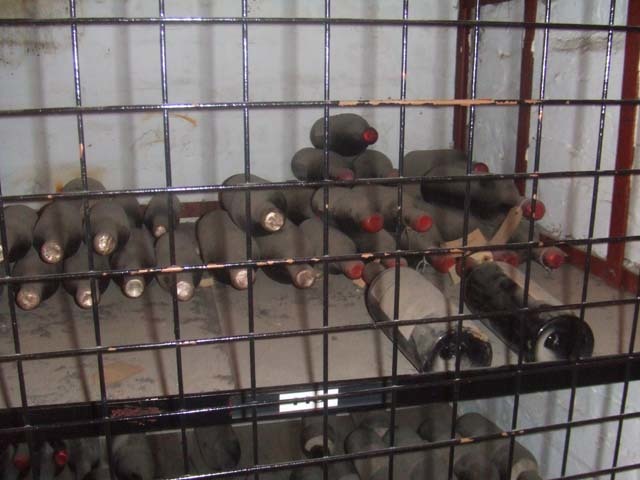 We had a quick poke around the subterranean wine school. The grand chamber, not unlike a school chemistry classroom, is where you can sample as many different types of wine your taste buds could wish for. Whether to spit or swallow is up to you. (Londonist always swallows.) Cheese and biscuits are also provided to soak up all that booziness. Don't spit these out. There's nothing less attractive than expectorated dairy products. 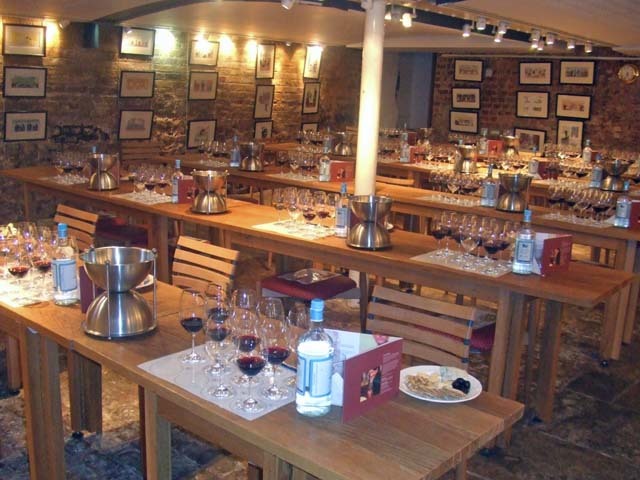 We were ushered down further, past portraits of assorted Messrs Berry, and through Georgian brick arches. A second large chamber was introduced to us as the erstwhile accommodation of Napolean III. The French statesman was good friends with one of the Berrys (the two served together as special constables - hence the truncheon - in one of those strange London happenstances). Boney junior negotiated lodgings here during a period of political difficulties at home. After a long spell as a storage area, the space was recently refurbished for corporate events. It's not unlike the vaults beneath the RSA off the Strand, for those who have been fortunate enough to pay a visit. Further examples of antique glassware were on display here. 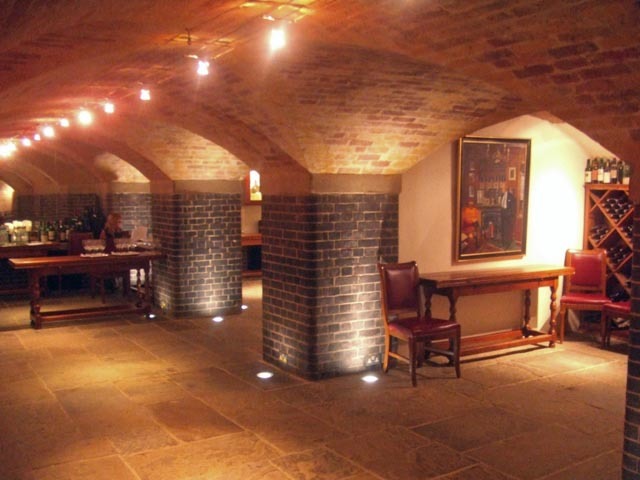 Down we went, still deeper, into the storage cellars. Countless bottles of every vintage, worth millions of pounds, collected dust along the walls. A series of twisting passages led us to a final flight of steps and a locked iron gate. Through this portal lays a storage area for valuable wines not belonging to the company. We were asked not to photograph these racks, which is unfortunate, as they conceal a putative tunnel. 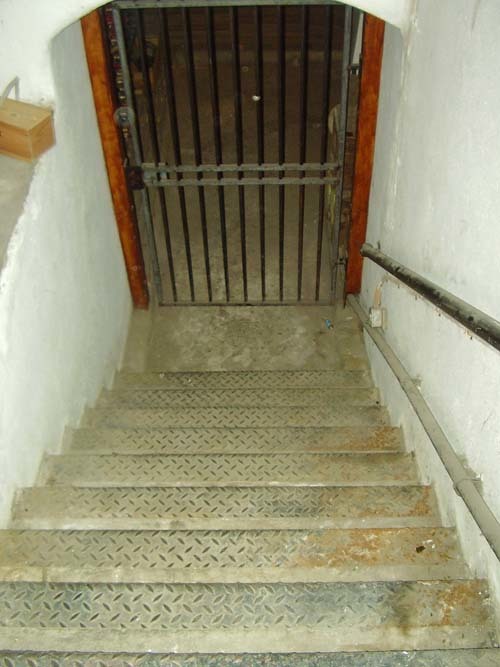 The company believe a passage, now blocked by wine racks and plaster work, leads from this room to St James’ Palace. The 18th century shop, like seemingly every building in London of that time, harboured ladies of ill repute. Royals, long masters of the extra-marital assignation, would have found such a tunnel very useful. The rough location of this supposed route is shown on the map.

Back upstairs, we were given a much-practiced tour of BBR’s curiosities. Most famously, a set of scales from 1765 upon which many notable customers have been weighed - Pitt the Younger, Byron and, yes, Napolean III. We asked if the great and good of today are ever embalanced. “No,” came the emphatic reply, “But we had Chris Tarrant on them recently”. Unfortunately we weren't told how much he weighed. 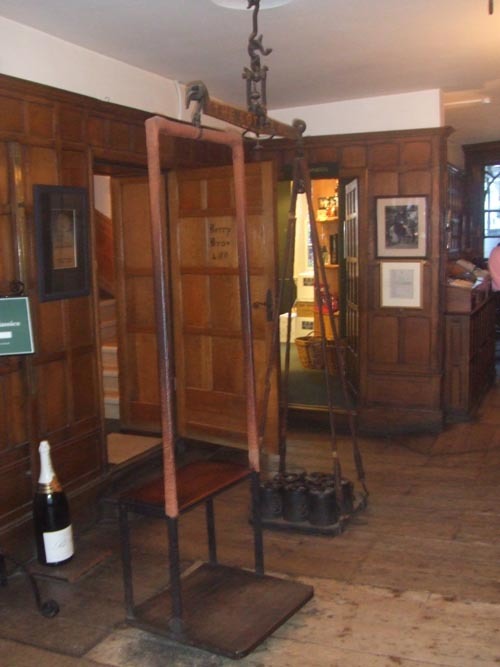 Over in the corner hung a certificate of loss from White Star Lines. The Titanic’s owners were sorry to report the tragic submergence of 69 cases of the company’s wine (still unrecovered). Then there’s that alleged tennis court wall, just beyond, which now stores further examples of vintage wine, but once deflected backhand smashes from the corpulent monarch Henry VIII.

The tour finished with a peak in our favourite bit, the parlour, where Cutty Sark blended scotch was invented. Today, the room is used for meetings, and the occasional Friday night fraternisation of staff. A perk of the job that we're very jealous of.

Berry Brothers and Rudd might be a company of peerless antiquity in the wine trade, but they also move with the times. From coffee, on to port and champagne, and then wine, as fashions changed. Very recently, they've made the transition into web 2.0. They've just started a blog and are delivering, ahem, podcasks.

And their ultimate concession to modernity? Berry Brothers' headquarters are now, oh so incongruously, in Basingstoke. They might want to keep that one quiet.

Get your own peek inside this venerable institution, by visiting their popular wine school. Glug, glug.

Now, where would you like us to poke around next? Let us know in the comments.

By Matt Brown and Sian Meades