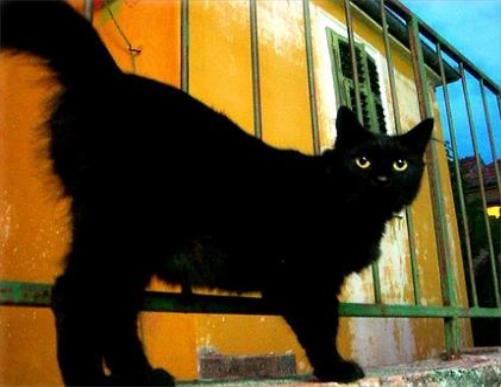 Or, stuff you think about London that's true but is actually rubbish.

2. Dick Whittington and his cat.

Everyone enjoys a good story. Especially one with a happy ending, interesting characters and familiar friends. Well this Londonista was a bit shocked and annoyed to discover that Dick Whittington's cat was completely made up. Well, that is to say there's no evidence to show it ever existed.

For those of you who can't remember, let us tell you the story. Go and get a cup of tea first and make yourself comfortable and then we can begin. Once upon a time roughly around 1350, there was a young man called Richard. Dick Whittington was from a poor family so he came to London to seek his fortune. (Which sounds like every student to arrive in the city to do a drama course.)

The story goes that he's having a bit of a tough time, so he decides to return home. Instead he reaches Highgate Hill and hears the Bow Bells ring and thinks they're talking to him (as you do) or at least sending him a message. Like the one immortalised in this rhyme:

Once Mayor of London!

So back he goes to give it another try. He starts selling costly textiles and everything starts going well. This was around the time Richard 2nd was King and things for Londoners were tough. It was under him that Dick become Mayor of London and he did indeed become mayor three times. 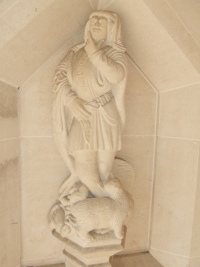 So, where did the cat (most often called Tommy) come into all of this? Well, depsite the fact that you can see statues of Puss all over the city - there's one on Highgate Hill and the statue of Dick outside Guildhall has a cat by his feet - he really didn't exist. We would love it if one of you could prove us wrong but there isn't anything that says Dick's pussy was part of the real story.

He's Londonist's favourite bit of the tale and could have come from many sources. One idea is that the French word achat means to purchase. There are some versions of the story that says Dick travelled to Morroco and Tommy the cat killed lots of rats whch made him famous. It could also be linked to the plague as Londoners were terrified of rats after the 'Black Death'. The 'King of Rats' would have been a very popular ending to the story at the time.

Londonist has another theory which may or may not be true. Cats are spooky. They know stuff and have excellent senses. Cats don't like people they don't trust. It's possible that to make Dick Whittington appear more likeable a cat was implemented into the story. Thus making him seem trustworthy and a much nicer guy. This is just a Londonist theory which could either be rubbish or genius.

Even if it isn't true, we like the cat in the story. It makes for more interesting banter and silliness for Bobby Davro in the Panto season.

Flickr image of a kitty from ieatstars' photostream. Guildhall image from M@.