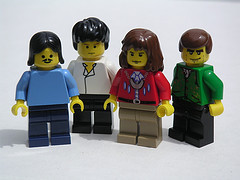 Just in case you haven't yet turned on the tv, a radio, glanced at a newspaper and this is the first internet page you've opened since yesterday, it's true. The might Led Zeppelin are reforming for a one off benefit show in aid of Ahmet Ertegun, the founder of Atlantic records who signed them way back at a time when dinosaurs really did rule the earth and died last year.

Tickets to the November 26 gig at the O2 Arena are £125 a head, limited to two per person and will be assigned by ballot. Registration closes on Monday and if you're feeling flush and fancy a chance then you can try getting on to the website. Good luck and may the Norse Gods be with you because it's easier getting a Glastonbury ticket right now.

Page, Plant and Jones will be joined by Jason Bonham on drums, son of their late tub-thumper, plus some other Atlantic acts (Foreigner, Pete Townsend, Bill Wyman and, erm, Paolo Nutini) and all proceeds will go to the Ahmet Ertegun Education Fund, which pays for university scholarships in the UK, US and Turkey.

In their ten years together the Zep (as they're known to just about everyone) recorded eight proper albums, toured the world in a jumbo, wrote the Stairway song and invented backwards messaging, sold their souls to Satan, drank rivers of alcohol and took drugs that don't even exist any more. They wrote the theme to Top Of The Pops, gave birth to Spinal Tap, deflowered more virgins than the East European porn industry, and did bad things to groupies with large fish. They wore tighter pants than the lass out of Aeon Flux and basically out-rocked the wiblesome antics of any of today's rebel rousers.

The show will no doubt go on to be the most momentous gig of all time.