Bacon's Rent Cheque Up For Auction 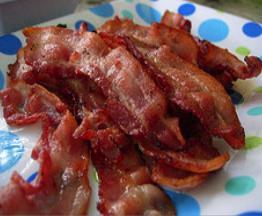 First it was skulls, now it's nude paintings. A painting that Francis Bacon gave to The Royal College of Art in return for rent, is soon to be auctioned at Christie's. It's expected to fetch more than £9 million. Wowser.

Study from the Human Body Turning on the Light will go under the hammer in October. The renowned art college is selling the painting in the hope of raising cash for its new campus.

Bacon was never a student at the college and had no formal training in his lifetime. After a fire in his studio, he was forced to take a short tenancy with the college in 60s. Instead of cash and deposits, he paid his rent in pictures.

Londonist is pretty impressed with this idea of rent. We wonder how our landlords would feel if we drew them a few pictures each month? Eviction? Really? Oh well. They'll be sorry when our doodles make millions.