A Hot Curry And A Marmalade Sandwich 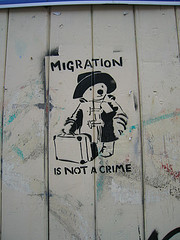 London, a melting pot of immigrant cultures and strange beasts. Amongst other things of course. But none of this is anything new. Way back in October 1958 a bear arrived on a lifeboat from Darkest Peru with a suitcase full of marmalade sandwiches. Luckily he was discovered on the concourse of Paddington station by the remarkable Brown family (possibly related to our glorious leader, we're not sure) and went to live with them at 32 Windsor Gardens in the now rather prestigious environs of Notting Hill where he took tea with Mr Gruber and annoyed the hell out of the irritable Mr Curry.

Since then Michael Bond's Paddington Books have gone on to sell over 30 million copies worldwide and the wonderful Michael Hordern narrated tv series became the first British animated show to win a a silver medal at the New York Film and Television Festival, in 1979. More recently Paddington has been accused of turning to the dark side as he re-emerged to helm a series of Marmite ads but any fool will tell you that Marmite and marmalade together make a tasty double treat.

Now it's been announced that Warner Bros. are to make a live action Paddington Bear movie, written by Hamish McColl (he of Mr Bean's Holiday, er, fame). The film will feature a (dear God) CGI lead and we are told, won't follow any of the books but instead will create an entirely new adventure for our favourite Peruvian import. We can imagine that in an updated version, Paddington will find himself arriving in London in a container load of Peruvian bears having starved for the entire dank and dangerous journey. He is forced to sleep in a public toilet with the others whilst working for an unscrupulous London businessman with mob connections for next to no wages. The Brown's find him after Paddington has been forced to prostitute himself to raise money for his family back home and Mr Brown takes pity on him after picking him up on Clapham Common. Comic capers ensue as Paddington teaches everyone how to love and be loved until the businessman comes to get him back at which point the grumpy Mr Curry redeems his loathsome existence saving the bear's life by taking a bullet in a violent shoot out at the end.

All we need now is a few suggestions as to who should play who. Comments please...