Some Traffic Stats For Your Delectation 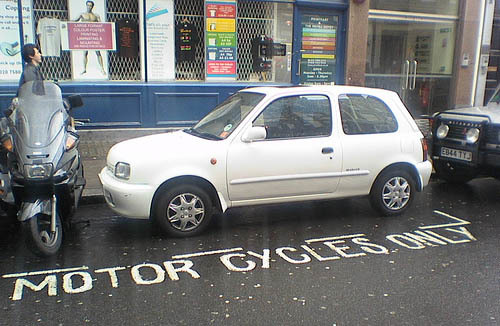 The BBC are facting us out from under the sheets this morning with a bevy of traffic stats garnered from London councils.

5 million parking tickets were issued in 12 months up to March 2007. That’s roughly one per car in the greater London area, and a 2.7% increase on the previous year.

People have cottoned on that straying into bus lanes is a bad thing. Penalties have dropped by 41%. However, nearly 300,000 drivers still confused their vehicle for an omnibus.

The number of miles driven annually by vehicles in London is now 20.4 billion. What weird and wonderful comparisons can we pull out of the traffic cone? Well, that’s like driving right round the equator 820,000 times. Or to Mars and back (at its closest approach) nearly 300 times.

More mundanely, clamping is down 26%, and appeals have increased by 8%.

All facted out? Well here’s a final flourish of motoring number play. According to the Mayor, 40% of London households do not own a car. 90% of non-Londoners do not understand this when arranging their weddings in the middle of bleeding nowhere (we suspect). Only 10% of Londoners use the car as their main mode of transport through the inner city. This compares to 76% in the rest of Britain.