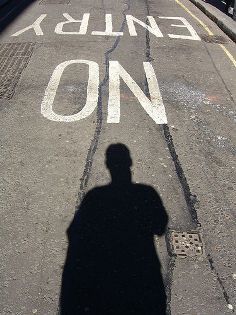 Lily Allen’s bouncy song "Smile" has obviously had no effect on the meanest people on the planet: US Immigration Officials.

The pop star, aged 22, was detained at Los Angeles International Airport for five hours while questioned about the caution she received in June for an alleged assault she committed in London. The bad news is that her work visa was revoked. The good news is that she was not strip searched, nor did the rubber gloves come out. Having been subject to the horridness of Immigration Officials ourselves, Lily should thank her lucky stars. Worse things have happened to people whose hangnails looked suspicious.

The singer had flown in to attend Tuesday’s MTV Video Music Awards nominations announcement, the ceremony of which she will attend. Allen is also due to start touring America in September, staring with an opening show in San Diego on the 6th. In a statement she said:

"It is my intention to play my American dates in September. This depends on the authorities granting me a new work visa.

"I want my fans to know that I will do everything I can to be back in America in September. I don't like letting my fans down and this is a situation that I am sure we can sort."

In her previous trip to the US, the celeb cut her stay short, saying she was “bored slightly” and would rather be in the studio. Perhaps a round of Chinese Whispers resulted in her comment being interpreted as “I bomb flights, me.” Or maybe this is our Atlantic cousin’s revenge for Britain’s refusal to admit Snoop Dogg onto our own shore. Whatever the case, we’re sure that with enough sucking up and a bit of dosh thrown their way, the IOs will restore the work permit. That or we’ll read that she’s been sent to Guantanamo until the whole mess can be sorted.

Good luck, Lily. We hope you look good in orange.