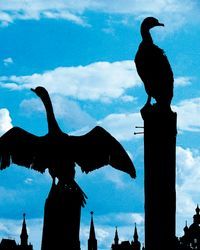 Considering Maxim Gorky’s life and writings, it is interesting that his plays are now being performed at the National Theatre. Always on the side of the little people, defender of the rights of every(wo)man, he spent his life commenting on Russian society and in particular the petit bourgeoisie. Presumably, choosing to stage this play is part of Nicholas Hytner’s valiant attempt to modernise the National Theatre, to make it a theatre of the nation, and not just of the privileged few. However, Philistines was Maxim Gorky’s first play, and it is a play with plenty to say written by a playwright not yet sure how to express it. Andrew Upton’s version suffers from the same problem.

There is an interesting post on the Guardian Arts Blog about actors being increasingly likely to forget about diction and enunciation on stage. Admittedly, sometimes we may not need to hear the words; sometimes the buzz of words mumbled and shouted over other words gives a play exactly what it needs. However, in a production like Philistines, which lives and breathes with its words, it is important that all can be heard. Let’s face it, not much else happens. It is then a problem when the first 15 minutes are unintelligible due to the actors’ lack of voice projection. That said, as soon as Phil Davis enter the stage there are no such hurdles to jump anymore. Davies uses his voice, uses his body – a small man, on a huge stage, in a vast set design and yet he comes across and beyond the stage. Of course, his role is the showiest of them all but he carries it well and shows his character to be less of a bully and more of an ignorant. Gorky’s characters are just like that – bullies who do not know that they are bullies, pestering their surroundings not for the joy of the act itself but for what they believe to be the good of the family. The rest of the cast does not stand out in any way. It is not that they are bad; they are just not particularly interesting.

Would this play not have been happier at the Cottesloe’s smaller, more intimate stage? Bunny Christie’s set design is impressive and beautiful, but it is somehow unnecessary. Yes, the point is that the house is partly to blame for the downfall of the characters, but a striking set could as easily be built at the smaller stage without swamping the actors.

Yet, it is not all bad. There is enjoyment to be had from the witty dialogue, and in true Gorky style the play almost descents into slapstick comedy – the unfairness of life, he seems to say, makes fools of us all. One could only wish that director Howard Davies had been more innovative in the staging of the play and one hopes the actors will speak up on stage and acknowledge that they are doing it for and with the audience, not in spite of it.

Philistines on the Lyttelton Stage at the National Theatre until 18 August. Buy tickets here.