Couldn't Escape If We Wanted To: Preview 4

What's that? More Eurovision, you say? OK, we're hyped up on sugary euro-ethno-pop so here we go! 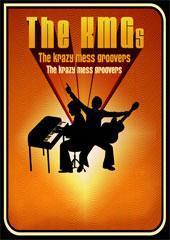 Belgium's late 70s disco-funk number is an ace track full of positivity and love and happiness. Slovenia continue their tradition of sending ace, but unusual, songs to Eurovision. The song, Cvet z Juga, is an ethno-opera-dance song with a high, high note at the end: odd, yet strangely alluring. Turkey's got the hunk of the contest. Kenan Dogulu performs the very Turkish sounding electro-ish Timberlake-esque pop song Shake It Up Shekerim. Austria bring an uptempo, uplifting guitar rock-pop song sounding a little like Bon Jovi who tells us to "get a life, a better life". Their performance is going to feature lots of crystals and ribbons. Wonderful. Latvia have 6 men singing Italian opera stylings, very G4 like and the kind of thing your mum is supposed to love.

So, the songs we've told you about so far are the 28 in the semi-final on Thursday evening. Only 10 of these go through to the final. How can you choose?!