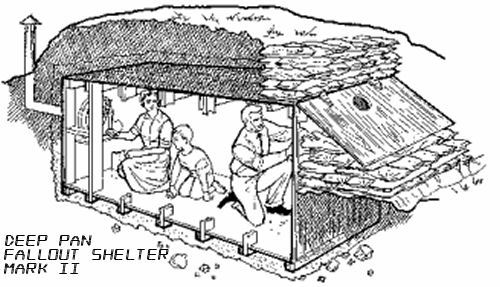 Let's get straight into this one:

Moving from Inverness to the more polluted streets of Central London could have worse consequences for your health than choosing to live in the contaminated exclusion zone around Chernobyl, the site of the world’s worst nuclear disaster.

What the fuck? We notice that this only applies to people moving from Inverness - either they breed 'em weak up there or we've already mutated into some pollution resistant breed of commuter-roach.

The article goes on to explain that nuclear blasts and the like aren't nearly as bad (as long as you survive them) as say smoking or having too much love for deep pan pizza.

We love the fact that the Times also included a little run down of the dangers of dying from cancer and heart disease to falling out of the sky in a plane. Or travelling by canoe.

So maybe we'd live longer if we lived somewhere else - preferably somewhere remote where Dominos don't deliver. But seriously, what kind of a life would that be?