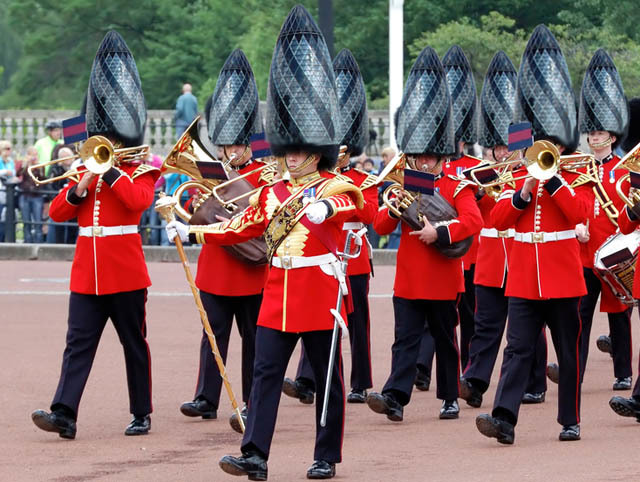 Bearskin helmets were never going to last long into the 21st Century. So Sir Norman Foster was drafted in to design new headgear for the royal guard. The unit were subsequently rechristened the Gherkin Guard, but the name and helmets were revoked after confusion with Gurkha Brigades and too many shattered panes.

We want to see more of your images in this column. So, get a photo of London, boot up Photoshop, and let's see some nonsense. Send entries to londonist - at - gmail - dot - com.