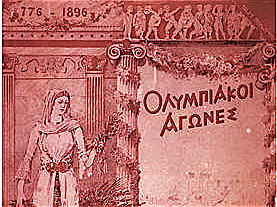 You were thinking that the 2012 Olympic Games were going to be an employment bonanza, right? You are a security guard or a retired policeman and were hoping to lend a hand for the extra police presence that will be required. In your mind you're already spending that extra cash on an extravagant holiday in 2013.

If we may quote Nelson Muntz from 'The Simpsons' …

After all, it's not like we're living in times where nations are worried about international security difficulties.

And why in the world would they want to employ a local anyway when for the same rate they can get three fellows from (insert name of country you resent most)?

And then of course there's the big international security corporations. These companies can provide hundreds of rent-a-cops, all with their own insurance and equipment and they don't sit around and moan about being unemployed again when it's all over. They may even give out 20% off vouchers for next time.

The positive side though is, being unemployed, you get to sit and home and watch the Olympics.

You know, they ought to start farming out the Olympic events too. It has to be much cheaper to hold marathon in Morocco than London - unless you could hit the runners with a Congestion Charge. Hmmm ...