Inside The Guardian's New HQ

York Way, that dusty street alongside King's Cross, is abuzz with construction and redevelopment. Nowhere more so than Kings Place (they're not big on apostrophes in these parts), next to the Regent's Canal. Come 2008, and a new arts and music venue will be open for business. And the fortunate staff of The Guardian and Observer will have a new base. 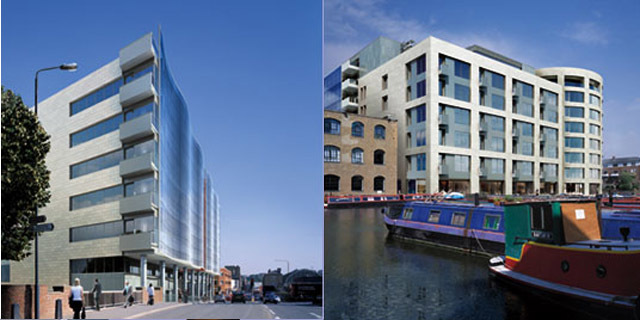 It has already hit the headlines, when part of the site caught fire last year, closing down King's Cross station and warranting the evacuation of nearby homes and businesses. Despite this, construction is on time, and the building should be complete by May next year. 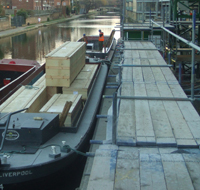 Today, we were given a sneak preview of the venue, and allowed to take a few snaps of the main features. The first surprise was the use of the Regent's Canal to deliver materials. Here we see a barge containing stone blocks for the facade. 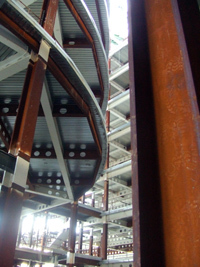 It's not the return to pre-Victorian freight transport it might seem, however. The stones have only journeyed a few metres along the canal - it's simply the easiest side from which to get materials into the building. And visitors too. We were escorted into the main site, where builders scurried around the circular floorplates like doozers.

The main auditorium - known as King's Hall - is two floors down from ground level. The accoustics should be excellent. A double shell of concrete will soundproof against the rumble of nearby trains. The 420-seat hall is now structurally complete but lacks the wooden panelling and stage shown in the artist's rendering below. After opening in 2008, it will become an important venue for concert music, and home to the London Sinfonietta and Orchestra of the age of Enlightenment. The space will also be used for talks and conferences.

Throw in galleries of sculpture and painting, bars, restaurants and riverside terraces, plus the forthcoming move of Central St Martin's College to a site across the road...and London has a new South Bank, albeit on a little-used canal. We may just apply for a job at the Guardian. 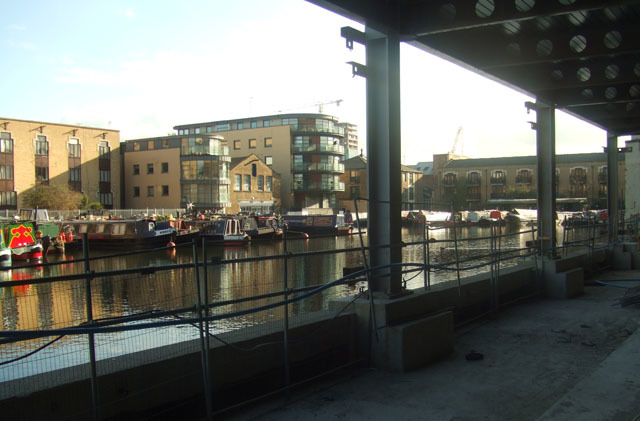