What Advice Would You Give To Ken Livingstone? 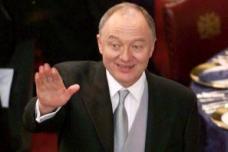 We've interviewed all manner of Londoners in our time - musicians, authors, a strip poker champion... We bring (almost) every interview to a close with the burning inquiry, "What advice would you give to Ken Livingstone?" At the end of 2006, it seems like as good a time as any to review our interviewees' savvy responses.

We've also sent off all this advice to the Mayor himself, with any luck he won't reply with a tirade comparing us to a concentration camp guard (Not that we're really holding our breath for a reply, he has much more important things to be getting on with... we hope.)

This is direct democracy baby!

Ok... so here are the answers in no particular order - What advice would you give to Ken Livingstone?

My advice would be to start thinking more about Londoners as they are the people that put you in office. Think about the cost of living and keep it reasonable. Ken is not doing an easy job so I wish him all the luck in the world.

What's the point? He wouldn't listen and that's what I love about him!

Make London an independent state and put the government in Watford.

Watch out for the pigeons. There’s loads more of us than you think.

It’s only worth giving advice to someone if they’re actually going to listen to you. We’d much prefer just to flick his ears from behind and then run away.

Pedestrianise more of London on Saturdays or Sundays; perhaps just in the morning, so the tourists can have a walk about without dodging traffic.

And he should talk more about his newts - people like newts. I hope they weren't just a gimmick during his wilderness years. A newt is for life.

To give us as much green space as possible - everyone is always more cheerful when out and about.

Increase the frequency of the buses.

Alexa Tilley, contestant on ‘The Apprentice’

Keep up the good work.

You must stop being such a shrinking violet - speak up for yourself ;-) I'm all for Ken and 100% behind him.

No congestion charge for musicians going to gigs!

Get the over ground train networks to sign up to Oyster. He’s alienating a large number of people from his transport revolution by not doing.

Encourage use of public transport and bikes within the centre. At the moment is seems to be constant gridlock. I am actually quite impressed with a lot of the measures being taken, especially those to do with cutting back emissions. I'm also seeing a lot of "Green" buses recently. Adding up all the emissions from all the buses, this will certainly have a big impact on London's environmental footprint.

I’m not sure I’m qualified to give him advice. Keep at it is the best I can do. I may not agree with all his policies, but I’ve come to realise that he really does try his best to improve life for all (or most) Londoners, not just himself and his mates.

Make some goddamn bike lanes that go for more than one block. Do away with zebra crossings and design better crosswalks linked to traffic lights. The North American in Anna wants to blow up a small percentage of London so that we can make some straight streets that go somewhere, and go somewhere fast. Katie wants Ken to stop farting around and spend $10 billion on the Tube, because it's embarrassing already. She would also like him to take out the speed bumps. EACH AND EVERY ONE. Or at least replace them with those ‘smart’ speed bumps that disappear if you are driving the speed limit.

Come to a Pungza gig, and get bulky in the circle pit!!! We are not really a political band, you may have guessed this.

King Levinstone? Drink more water and try to get your five veg a day.

Treat those the way in which you wish to be treated yourself.

Andy Overall, founder of the Fungi To Be With mushroom club

Katrin: To get EVERYBODY recycling - Introduce a system whereby people get charged for the amount of non-recyclable rubbish they produce. They do this in Germany and it works quite well.

Piney: Get rid of those horrid bendy buses and finish the East London Line please!

Don’t ever stop winding up the Evening Standard because as long as you do that you know you are probably getting something right.

Sort out some inexpensive housing for musicians and artists. After all, we’re generating a lot of dollars and euros into the capital.

Tell the public where the money’s going Ken. First there was no congestion charge, now there’s millions pouring in every day – anyone seen any difference to buses or tubes?

Mike: Increase the congestion charge and use the money to improve the Northern Line

Andy: Cheap trams will solve all the world's problems.

Thanks for letting the tubes run later on New Years Eve, but there still seems to be a few problems down there – would you mind looking into it, no hurry, in your own time.

Beware the Ides of March

I would say the simple advice is, “Can you mend more things? It’s all broken. I don’t know if you’ve checked but everything is broken.” You get this sense all across the country that we’ve been sitting on our laurels ever since the Victorian age. We've just spent the whole of the hundred years saying "We built brilliant stuff, isn’t it ace? What shall we spend all the money on? Let’s buy some ginger wine and big cigars, yay! Uh oh, everything’s broken, let’s get the fuck out!” There should also genuinely be a quota that cinemas have to show a certain amount of British and European films. How many people leave American blockbusters and go “God dammit! I’m glad I went to see the fantastic four!”? Also, put up the congestion charge, I don’t care. Money from the congestion charge should be used to help small shops. When you walk down Oxford street where do you see an original shop? When you watch old films from the 1940s and 1950s, I love those films, I love the way they used to film London. You see the odd little tobacconist and strange little clock benders. That is something Ken should defend. More male shop keepers should have some bizarre whiskering. There should be more sweets actually weighed out by a bewhiskered man.

And finally, if Caroline Clifford, comedian, was Mayor of London…