By sizemore Last edited 192 months ago
sizemore NYC is waiting... 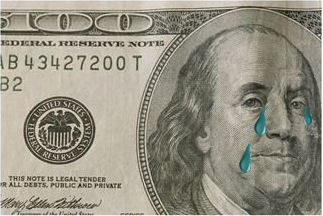 In case you needed a reminder that the dollar is getting the living shit beat out of it by our mighty pound then just keep your eyes peeled on the tube:

NYC & Company, an official marketing body controlled by New York's mayor, Michael Bloomberg, has taken out an aggressive advertising campaign in London pointing out that the British capital is one of the few cities in the world that makes the Big Apple look cheap... NYC & Co's head of tourism development, Fred Dixon, said: "Brits are probably the savviest travellers in the world - they're keenly aware of the value of their currency. They're very comfortable in New York - the language is the same, there are cultural ties and it's good value."

Now all we need to do is get past the fog and terrorists and ignore that pesky rule about declaring any purchases whose value exceeds £145.