The Home Shopping Capital Of Britain 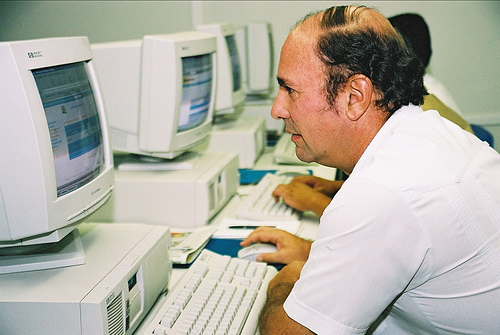 Last year this highly un-prestigious honour went to Henley-on-Thames, but in 2006, Barnes has officially bumped Boris's bunch into a shameful second place.

Barnes is now THE home shopping capital of Great Britain. Each individual resident in this leafy 'burb spends a not-so-whopping-when-you-think-about-it £149.81 A YEAR on items delivered by mail, according to an annual poll conducted by Experian (a financial services company which keeps tabs on your credit rating. Have you ever been refused a loan from the bank because of a bad credit rating? Like some twisted Santa's Little Helper, Experian tells the bank if you have been naughty boys and girls, and duly refuses to lend you any money).

Can't argue with the figures, ma'am. We know what they in Barnes have been buying too – and it doesn't look good. Designer clothes. Vintage wines. Home furnishings. It's all too hideous to contemplate… This Londonista once got himself into awful trouble. It involved the Internet. And a credit card. And a warehouse in Cheshire full of old Harry Secombe LPs. Phone calls from the bank went unanswered. Credit was refused in electrical goods stores. Groups of friends started talking in hushed voices over dinner whenever our name was mentioned.

Anyway, back to the article. Experian's report reveals a gulf in spending habits between northern and southern towns, with only 10 areas in the north of England and Scotland appearing in the top 100 home shopping locations. This is obvious, really, as they have things like vistas and walks in the country to occupy their time. Not like in the City. No no no. We want to stay indoors and play poker on Tesco.com, or something.

Laughably, shoppers in Barnes have fallen into the hilariously-named "cultural leadership" group of consumers, who are mainly "…well-to-do professionals living in exclusive suburbs in traditional family units." (If you're the sensible type, you'll think twice before ever entering your personal information into a website or census form again. There's a story of a bloke in New Zealand who got himself pronounced legally dead – by spending the night in a freezer – rather than fill in the census.)

Notting Hill, Putney and Teddington pulled in at 6th, 9th and 12th places respectively, with Richmond bringing up the rear in 20th place. (Despite the name, Richmondians – is that even a word? – only spend an average £90.75 per year online.) Experian analysed billions of pounds of spending with catalogue and mail order clients during the 12-month period to June 2006 to identify areas in the UK where home shopping is most popular. But the question is … why?