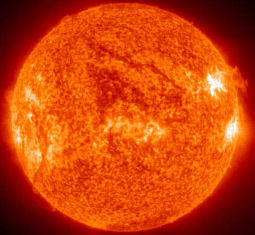 Britain is sweltering on its hottest recorded July day as temperatures hit 36.3C (97.3F) near Gatwick Airport. It is also the hottest day of the year so far, beating Tuesday's 2006 high of 33.2C (91.8F). British temperatures this week have exceeded such holiday destinations as Malta, Athens, Bermuda and Rome.

Schools closed, roads melted and Unions called for employers to keep staff cool and called for a change in the law to create a maximum working temperature. Meanwhile London Underground keep advising us to take a bottle of water on tube journeys - they should be handing them out for free. With Cornettos.

Meanwhile Ken told reporters steps would need to be taken to ensure London life was still livable by the middle of this century:

"We need to do more to adapt to the changes in our climate - such as less water and higher temperatures in summer - that are already with us. It is important that London learns from the best international examples, adopting those which work well and sharing our knowledge with the rest of the world."

Maybe we can start out by building the same contraption that Mr Burns used to block out that ancient enemy, the sun, in The Simpsons.

We should have some rain by Wednesday, but as nice as that sounds right now we kinda need to stop screwing things up if we ever want to put an end to blog posts about how tedious the weather is:

no matter how quickly we change our carbon producing habits, there would inevitably be several decades of climate change to face up to due to our past environmental sins

Let's hope that the next generation sorts out our crap in time so that we don't suffer too much in our respective nursing homes. Nothing worse than a sweaty pensioner.