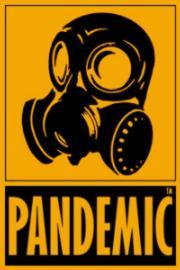 This afternoon Ken Livingstone announced his GLA Group Pandemic Flu Response Plan, designed to "detail contingency arrangements that are to be implemented in the event of an influenza pandemic to ensure the continued operation of services provided by the Greater London Authority and its associated bodies, the GLA Group."

Or, in plain English: what we're going to do to keep London running if/when bird flu hits.

Here's a few things we learnt from our initial skim of the plan.

We now know that the GLA Group has "purchased 100,000 packs of the anti-viral drug Tamiflu each containing 10 x 75mg capsules, to be held as an emergency stock as part of a plan to maintain key public services in the event of a ‘flu pandemic."

So if you work for the GLA you just turn up to work and get a shot....not so fast buddy! First you need to give them a ring at the assessment call centre (bird flu hotline), where'll you be told:

Iif you believe you have Flu you will need the following information before speaking to an administrator: staff number, details of place of employment, name and address of the caller and of the person who will collect the drugs...

And if you don't have all that to hand: "...please hang up and ring back later".

And don't even think of getting annoyed becasue "A ‘placebo’ script will be made available to the nurse to deal with difficult callers and to end the call quickly."

Or if you were thinking of maybe trying to get some Tamiflu by the backdoor, the GLA aren't giving many clues away: "The GLA Group stock of Tamiflu is stored in a secure warehouse in London."

As for the pandemic itself:

The most likely pandemic scenario is 25% of the population will catch the flu over one or more waves weeks or months apart. This scenario has informed this plan, although it is recognised that the figures are based on past pandemics, to which a new outbreak may not conform.

So, basicaly, we have no idea what will happen.

According to the plan we are currently at pandemic stage 3, called the "Pandemic alert period". This means we're experiencing

Human infection(s) with a new subtype, but no human-to-human spread, or at most rare instances of spread to a close contact..

There are also four alert levels for bird flu:

And as for how long the whole thing could last:

The first wave is expected to have a duration of 3-5 months (we are assuming 17 weeks). We are also assuming that second or later waves would occur 3-9 months after the first and that there will be enough time to develop a vaccine before the second wave occurs.

Once we really get to the worst stages we'll be seeing "Regular media appearances for Mayor as voice of London," and that applies to what the GLA are calling 'the aftermath' too.

Right at the end of the report there's a little questionnaire for GLA staff to check they've got everything in place for their bird flu preparations. The most chilling on the list has to be question number 14

Can your existing plans withstand 25% loss of staff?