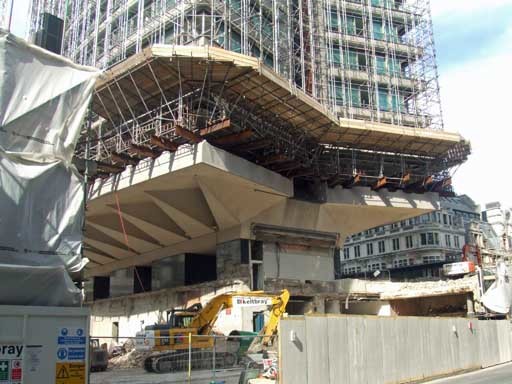 When it comes to London’s tall buildings, it’s not all onwards and upwards. For every new highrise that goes up, something usually has to come down. Such is the case with Drapers Gardens, on Throgmorton Avenue.

Like Tower 42 and Centrepoint, it comes from the master of the almost-interesting building, Richard Seifert. In fact, Seifert reportedly described Drapers Gardens as his proudest achievement.

But its days are now fleeting. As shown in our photo, scaffolding has already started going up in preparation for its demise, and they’ve begun chipping away at the podium.

At just 60cm short of the 100m mark, Drapers Gardens will be the tallest building ever to be demolished in the City of London, with the possible and complicated exception of Old St Paul’s (which was part demolished by lightening and later by the Great Fire, and was of slightly uncertain height in both guises).

Its replacement will be a 74m three-part structure. It’s hard to tell much from the rendering, but the new design looks fairly respectable. The height reduction will keep the scraperphobes happy and the roof gardens will keep the environmental lobby happy. But we can’t help thinking that something almost interesting is passing away. 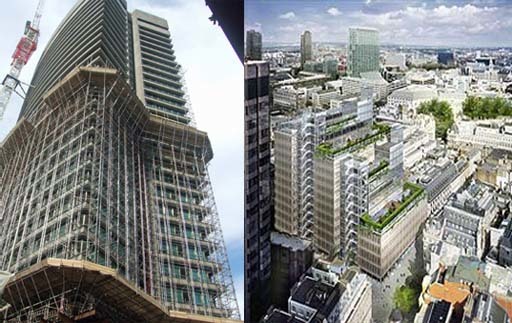