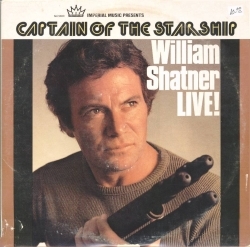 Just a mini Troll this week, fans, as we're addicted to the Big Brother (every damn day, 9pm C4) crackpipe and neglecting such things as eating, sleeping and, indeed, moving. Shahbaz hiding all the food was one of the funniest things we've ever seen, all the while muttering about how "it's all their fault" and "send me to Coventry, will you" and "nobody loves me boo hoo hoo". We are hoping against hope that he is a plant because if not, he is probably having a nervous breakdown. Second funniest BB moment was Nikki demanding her eye make-up remover because it cost "£16 a bottle" (no plebeian eye make-up remover for Nikki, oh no no) and crying because "drinking tap water is making me ill" - she cannot be for real. It's the first eviction on Friday for all non-Brotherhood members, which thus far includes Nikki; please don't let's get rid of her just yet, as she is so very entertaining.

If you're not a BB fan, we have to say that the schedules are looking a little bare. There are the old workhorses like Lost (Tue 10pm C4 – this week, we learn more about Jin and Sun, and what exactly the Tailies are scared of) and Desperate Housewives (Wed 10pm C4 – will Andrew divorce his mother? Will Susan get back with Mike? Will Lynette strangle her children because, frankly, we wouldn't blame her?), as well as new classic-in-the-making – if you like floppy-haired clear-eyed fops with a penchant for buggery in the bushes - The Line Of Beauty (Wed 9pm BBC2). Last week's episode was funny, frank and sumptuous, and a pretty good evocation of London in 1983 (although we don't have the first-hand knowledge to judge, admittedly). We're feeling nostalgic for a time and place we never experienced – ah, the power of TV.

How William Shatner Changed The World (Wed 9pm Five) wins the award for title with most chutzpah of the week. As far as we know, loveable roguish spam-face William Shatner – Captain James T. Kirk of the starship Enterprise – changed the world by snogging Uhura and covering Common People: what better legacy could a man desire? At least he didn't sing a song about hobbits. Everyone knows Star Trek: TOS is miles better than Star Trek: TNG, too, which was all about smugness and patronising everyone in the galaxy. And excruciatingly painful episodes about android love. And Riker's beard. And Deanna Troy's embonpoint. And Captain Picard's love of Earl Grey.

Captain Kirk is a 60s relic/icon – an embodiment of the Zeitgeist of those heady years, for which we would feel that same fake nostalgia were it not for the millions of attempts by the hippy generation to shove Summer Of Love-related tie-in crap down our throats. We're debating whether or not to watch The Summer Of Love (Sat 9.10pm BBC2) because while we love a good dose of righteous indignation at the sight of naïve fools wearing love beads and smoking joints, on the other hand we've been warned about the dangers of hypertension and anger-triggered aneurysms. The "Summer of Love" thing seems a bit of a con, anyway; programmes about it always focus on one very small tranche of one part of London society and ignore the fact that for the vast majority of British people, life was just as grey and repressed as it had been before. A few miniskirts and LSD tabs do not a country-wide sexual/social/behavioural revolution make, and we are pretty fed up with the clichés that infest these rose-tint back-slap fests.