Hands Off Our Future!

By London_Nick Last edited 164 months ago
London_Nick Hands Off Our Future! 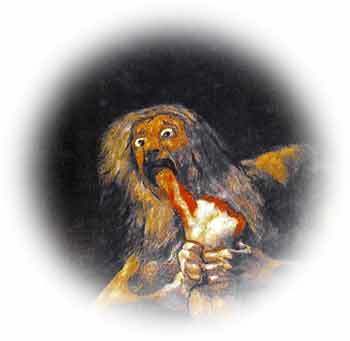 One of the reason that young people in Britain aren't interested in politics is this: Politicians make policies with old people in mind. It's true. The pensions whitepaper that came out today penalises young people, making them work until 68, whilst current elderly folks enjoy retirement at 65. Student top-up fees - there is a funding crisis in Briatin's universities, so who pays? The students, of course!

Old people are serial voters, and serial complainers. Yes, wrinklies are bread and butter to politicians. As a result, young people don't bother voting. it's a vicious cycle.

"So what is the solution?" we hear you cry! Well, it's simple: Engage and empower young people in the democratic process, and the issues that affect them. Unfortunately, that's easier said than done, but James Graham is now leading the way, with his new site - Hand Off Our Future. We'll let James explain it.

Frankly, no major party in the UK is tacklingly generational equity in a meaningful way, and why should they when the over-50s are more likely to vote and are more numerous than ever before? What’s more, the old are organised in a way that the young are not. They have their own lobbying groups - Help the Aged, Age Concern, Saga, et al - and they have perfected the whine of the perpetual underdog. For a more perfect example of this, look no further than the campaign against Council Tax. Fixed income pensioners don’t even pay it, and yet it is presented as a social justice issue.

The young are predominently creating the wealth in the UK, and yet they are being stung by the quadruple-whammy of graduate debt, sky-high property values, pensions and income tax. And that’s not counting an uncertain future due to climate change and the fact that the under-20s have been institutionally demonised by a state which has invented the term “anti-social behaviour” as a new tool for keeping the public in a constant state of anxiety. It is time to get our shit together.

This website is intended as a contribution to the debate and as a catalyst for organisation. Although, as editor, I’m a Lib Dem, I’m hoping it will evolve into a truly cross-party initiative (while I’d like to see my own party take a lead on this issue, I’m not convinced it will until the issue is more high profile). If you’re interested then bookmark this page and pay a visit to the accompanying forum.

We encourage you to get yourselves over to Hands Off Our Future, as it's certainly an admirable project, and Londonist wishes James success in the project, which was launched on Resonance FM last night.