Can You See A Pattern Emerging Here?

By London_Nick Last edited 164 months ago
London_Nick Can You See A Pattern Emerging Here? 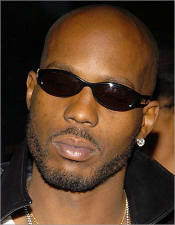 What is it with American rappers and Heathrow airport? The other week, we reported that Snoop Dogg and his entourage spent a night at 999 Letsby Avenue (geddit?) after being refused access into the VIP area of the departure lounge (while Ronan Keating, no less, looked on).

This time, it's the turn of Earl DMX Simmons. Apparently, the rapper refused to fasten his seatbelt on descent into Heathrow, and started verbally abusing the aircraft crew. Police were called in and arrested him, but let him go with a caution, even though he has form in the U.S.

A source from Scotland Yard said:

"Heathrow Police were called at 12.05 with reports of a passenger causing a disturbance...a thirty-five year old man was arrested on suspicion of being verbally abusive to cabin crew."

Well, he got off lighter than Snoop, but what is it about Heathrow that sends our lyrical brethren from across the pond nuts? Londonist hasn't a clue!