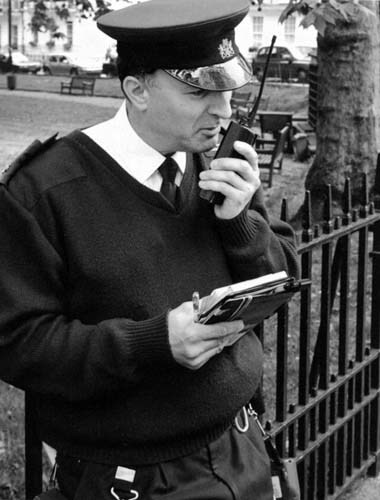 The traffic warden - one of the most hated jobs in London. The hatred is especially prominent in Camden, where a protest will take place against the number of tickets given in the borough.

At least 200 cars will encircle the Town Hall, their disgruntled drivers dressed as pirates, to reinforce their claim that parking enforcement is banditry. The oddest display, however, will be a picket consisting of cabbies and local celebrities, including Michael Palin, Roger Lloyd-Pack and Tom Conti. The London Cab Drivers Club are hoping to get a publicity shot of the local media personalities in the back of a cab. However, it's not as if a parking ticket would put much of a hole in, say, Palin's pocket!

Apparently, the Camden traffic wardens are so over-zealous that cabbies are too scared to stop to pick up a wheelchair-bound person, as the extra time it takes to get their fare into the taxi would allow the wardens to pounce.

A spokesman from Camden Council said

"We are a busy central London borough with a large number of cabs using our roads each day, there will naturally be more tickets issued to cabs than in some other boroughs. We carry out enforcement to decrease congestion and improve journey times for public transport and we do it in line with the legislation."

Londonist advises the protestors not to park illegally next week - if the traffic wardens are as strict as the cabbies say, Camden Council will make a LOT of revenue by slapping tickets on the protestors!