By London_Nick Last edited 171 months ago
London_Nick Cockney Or Chav? 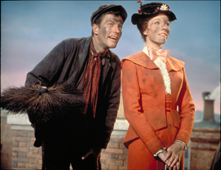 Cockneys, the stereotypical Londoners, are famed for their slang. Rhyming slang used to be commonplace within the sound of Bow bells, but it seems that young cockneys, are now reverting to more modern colloquialisms. They have gone from using ‘spritten English’ (text language etc.) to a new type of inner city slang.

A study by Sue Fox, who has recently been looking at the use of traditional cock-er-nee slang in inner city London, has found that young people in London now seem to prefer slang words such as “nang” – meaning good.

Sound ridiculous? Well, so does the traditional rhyming slang! ‘Apples and pears’ for stairs, and ‘dog and bone’ for ‘phone are just as odd, and in fact were used to confuse the local Peelers. But this new slang is more associated with chavs than cockneys, so is it that cockney slang has disappeared altogether?

Londonist believes not: Language has to evolve for it to stay fresh and understandable. London’s multi-cultural society introduces a new twist to slang in the city, making the capital the perfect melting pot from which new slang pours.

Perhaps this new variety of English will only show the re-birth of a multi-cultural refreshed form of cockney, which lets face it, is well needed. You just have to watch Dick Van Dyke in Mary Poppins to see that!