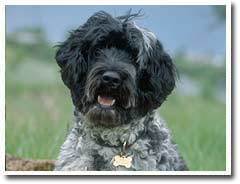 Remember when pit bulls were the new road rage, and in unfortunate danger of extermination by the powers that be? Well, and we may well be shit-stirring here, but looks like that old can of Prima could soon be re-opened.

I am aware, anecdotally, that increasingly dogs are being used by young people, young men in particular, as either weapons of choice or to instil fear and intimidation.

Will those be the same pudding-faced, beetroot-coloured, shaven-headed young men who've been wandering round London with their four-legged bundles of drool since the last time then?

The statement comes in the light of a recent attack in Hammersmith when a man was attacked by two dogs and slashed with a meat cleaver by their owners, after asking them to control the dogs. He's probably grateful he didn't ask them to pick their litter up as well.

Butts goes on to say:

I wondered whether any analysis had been done across London to the use of dogs by young people either to commit crime or to instil fear... I have certainly noticed a significant increase, particularly of young people carrying some quite potentially dangerous dogs.

Now forgive us for taking the wrong side here but aren't all dogs potentially dangerous if badly raised? And surely nowhere near as dangerous as your average homo-sapiens; after all it was the human wielded cleaver not the dogs that nearly severed the man's arm and removed three of his fingers.

So let's take a sensible humane view before this all gets blown out of proportion, and man's best friends start feeling the fear our chicken pals are currently bathing in. The next time some abused pup takes a chunk out of someone who's getting the kicking of his life, let's call for a cull of all burberry topped, bespangled fuckwits instead. We could do an exchange with the Canadian seal pups and hey presto, everyone wins!