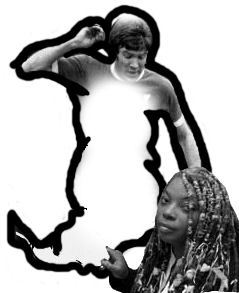 We missed this yesterday:

Three years ago the 45-year-old featured in News Shopper, sister newspaper of This Is Local London, when she revealed aliens called "Grays" were giving her orgasms. Miss Cohen is still in touch with the extraterrestrial Casanovas but says her present priority is to meet with Spaniard Mr Benitez. She has emailed Liverpool FC telling them Question of Sport star Mr Hughes, who was nicknamed Crazy Horse, has something important to say. Although the spiritual healer does not know what he wants to say, she is willing to let his spirit enter her body.

We're not sure that Emlyn would want to go there after the Grays have finished, but it would make for an interesting round on They Think It's All Over.

So far Liverpool FC have "declined to comment on the matter".

All we need now is for the new Wembley foundations to disturb an Indian burial ground and the back pages of the papers may actually be worth reading once in a while.