Comeback-o-rama : Return of the Crap

By Talia Last edited 168 months ago
Talia Comeback-o-rama : Return of the Crap 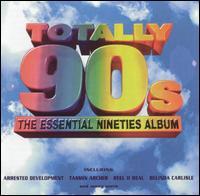 With news that Wembley's Take That concert has been moved to Milton Keynes Bowl, 90s pop fans across London must be feeling a bit grumpy. But have no fear, for tickets have today gone on sale for what sound like two of the most unnecessary come-backs going...

First up, it's the street version of Take That, London's very own East 17. Clocking up twelve top ten hits including a Xmas number 1 between 1992 and 1997 is no mean feat, however the boys were never the type you'd like to take home to meet your mum. Today they've announced a one off gig in London which will see all 4 original members performing together for the first time in ten years. May 30th at Shepherds Bush Empire is the date and tickets went on sale this morning. We hope they do Steam! 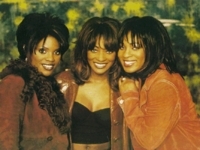 The other 90s throwback gig is the blandly name 'Arena Tour'. Now this one is a cracker a line up of Eternal, Boys II Men, Tunde, Dina Caroll, Mark Morrison & En Vogue. Now while Boys II Men and En Vogue might be worth seeing, we can't really think of anyone who would roll out of bed to go and see Eternal. Touted as the most evil woman in pop, Eternal's lead singer Easther Bennett certainly made no friends during their 6 year career as the original 4 piece diminished to just Easther and her sister. We have no idea which members will be back for this tour though. Ticketmaster are showing a picture of Easther and Kelle, while rumours are floating that it'll be Kelle & Louise, which sounds somewhat unlikely. Tickets are a whopping £39 and they're playing Wembley Arena on October 5th. Surely it's worth that just for Mark Morrison?

The 90s comebacks are in full flow - we just hope there's an indie one soon with a similarly hilarious line up of Rialto, Sleeper, Republica, Shed Seven & Menswe@r.