By sizemore Last edited 184 months ago
sizemore Cry God for Harry and <s>England</s> the USA... 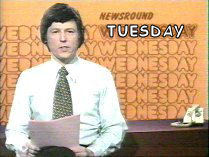 Time again to dip into the Newsround site for a knee level look at what's happening in the world and what's on the mind of news conscious tykes this morning. Mostly as you'd expect it's Harry Potter. Outrage is the theme at the revelation that American kids will get the opportunity to own Harry Potter and the Goblet of Fire weeks before the homegrown fans:

Warner Bros has confirmed the DVD will be out on 20 March in the UK, but US kids will have it from 7 March... Warner Bros said the difference in dates was a matter of "scheduling"

When illegal copies of the movie go through the roof because of the discrepancy in release dates any kids caught hammering their torrent trackers will say that that too was a matter of scheduling. These staggered releases are shortsighted as they just create demand for the movies to the extent that the fans are more than happy to circumnavigate the eventual official releases in order to enjoy the films sooner. Having a pile of American DVDs available just makes the pirate's job that much easier.

Some things don't change though as Londonist remembers all too well the joy of a dodgy betamax copy of The Empire Strikes Back complete with Arabic subtitles and a picture that went a bit yellow every few minutes. Kids today of course have access to pirated copies that even occasionally trump the official releases in terms of quality and extras despite what the anti-piracy 'advertising' tells you.

Indeed Londonist was bemused recently to sit through an advert explaining how unwatchable an illegal copy of King Kong would be only to then watch a film that we gladly paid to see on the big screen only to have the sound continually slide out of synch.

Perhaps the way forward is multiple format releases on the same day as championed by Steven Soderbergh. At least that way you have the option of grabbing the DVD for the privacy of your own home and could eventually buy a nice plasma screen with the money saved. After all If you're particularly fertile and have a large brood then taking the family to the West End to see a flick can set you back a fair bit. If you're foolhardy enough to stop off for popcorn as well it could have been cheaper to simply finance the movie yourself and that way ensure a few free seats at the premiere.