Buy Me To The Moon 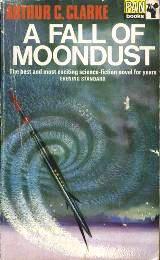 We might as well open a new Mineralog-ist sister site. First we interview the Russian spying rock, now we bring you tales of lunar dirt.

A small phial of moon dust collected by Neil and Buzz was all set for its big day at London auctioneers Bonham’s today. The 31 mg sample (to help you get a feel, that’s about the weight of three reasonably intelligent frog’s brains) was expected to fetch around £350. Unfortunately, a tip-off has led to a withdrawal of the lot.

A journalist at the Economist magazine, who spotted it was for sale, obtained legal advice that all such samples belong to the US government.

Not necessarily. Many Apollo moon rocks were presented as gifts to foreign governments, in a kind of ‘look how magnificently powerful we are’ goodwill gesture. If the sample comes from one of those, many of which have somehow been mislaid over the years, then the dust would rightfully belong to the country of origin.

Presumably, the sample has been removed from sale while the full provenance is checked. Pity, really. Londonist’s partner always seems to want the moon on a stick for Valentines.