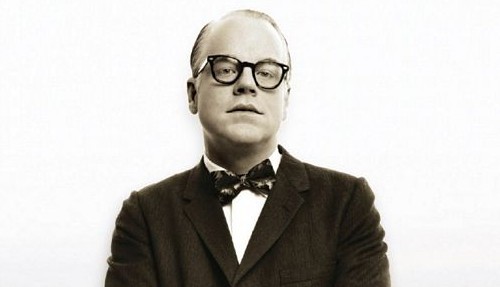 Just a quick, special edition of the FFN this week as there's no real cinema releases, so Instead we're going to take a look at the films we're really looking forward to in 2006.

These aren't necessarily the ones that we 'guarantee' will be great, they're just the ones we're pinning our hopes on and will be quite annoyed about if they don't live up to expectations.

We've split them up into three sections to make things easier so let's crack on with the first lot:

For us 'highbrow' means anything that isn't adapted from a comic of a video game and doesn't star Will Ferrel, so there's quote a lot of scope there but this isn't the Oscars or anything so we think we can get away with it.

If we're thinking chronologically, then the next 'highbrow' flick we'll be buying tickets for will probably be Brokeback Mountain from Ang Lee. Lots of Golden Globes, big Oscar hopes, good book behind it, decent director and stars... just needs to get rid of the 'gay western' tag.

After that then it's definitely Capote. Having seen the trailer for this we're wetting ourselves over PSH's performance and we'll be gutted if the finished article doens't live up to expectations.

Next is Clooney in Good Night and Good Luck. Again lots of Oscar expectations on this one, but we just like the black and white and the incredibly straight partings.

After his ill-judged writing stint on Domino, we're prepared to forgive Ricard Kelly and go and see his "futuristic musical comedy" Southland Tales (although if the movie's as boring as the website is right now that forgiveness won't last too long).

We're really going out on a limb here but we're going to say that even though Richard Linklater has decided to cast Keanu Reeves, Robert Downey, Jr, Woody Harrelson and Wynona Ryder in the same film, and drawn all over it with crayons again, it might actually work out ok. So we promise we'll go and see A Scanner Darkly if only for the bit where Keanu says "The two hemispheres of my brain... are competing?" Genius.

Finally for the 'highbrow' of 2006 is Stephen Soderbergh's Bubble, which involves "An unlikely love triangle is born at a doll factory in a small Midwestern town.". Now that's highbrow!

Massive summer movies that have merchandising attached to them (although we would really like a Capote action figure if Mattel are reading this) are our guilty pleasure so lets' see what next year's got in store.

Mission impossible 3? Will it be any good? The Hoffman is in it the teaser trailer a lot which can only be a good thing, and Cruise will get the chance to run around a lot... but they could easily cock it up. We'll have to wait and see.

Another sequel on which a lot of Hollywood dollars are resting is Pirates of the Caribbean 2. We have all the faith in the world in Depp (although he'll have to ham it up to the max if he wants to top his original performance) and as much as Oralndo Bloom gets on our tits he does this kind of thing very well. We predict they'll get away with this one no problem.

Finally for the summer it's all down to Lady in the Water to see if M. Night Shyamalan can pull himself back up to Sixth Sense heights. It's about a water nymph that lives in a swimming pool, so somehow we doubt it.

There's no less that four comic book adaptations out next year worth looking out for, but inevitably most of them are of the 'God we hope this works' type rather than 'this is bound to be fantastic' type.

And the award for 'Best comic most likely to be turned into a crappy film' goes to the Wachowski brothers for V for Vendetta. The trailers have been getting progressively better however, and we do like the posters. The proof will be in the pudding though and once Moore takes his name off something you lose an awfully big percentage of our faith I'm afraid. Matrix or no Matrix.

Superman returns could be the big hit of the summer though. If a film has ever been 'long awaited' it's this one and the teaser trailer only served to whet the collective geek appetite further. No Marlon Brando this time though.

2005 was the year that Nicholas Cage named his son Kal-el after Superman's birth name... idiot. And Cage also stars in 2006's most ridiculous comic book adaptation Ghost Rider, the tale of a motorcycle stuntman who sells his soul... and talks like Elvis apparently.

And right at the end of 2006 we should hopefully see Spider-Man 3 with Thomas Haden Church as the villian Flint Marko (also known as Sandman). The last two Spider-Man movies have been absolute corkers so we don't see why this one should be any different.

That's it from Londonist for 2005 now, so we'll just say have a great new year and we'll see you on the other side.