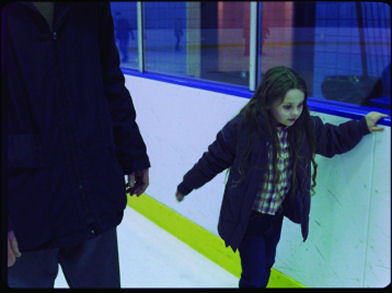 With something like 20 screenings per day at this year's London Film Festival we figured we'd offer a little help this week in deciding which films you should underline and circle in the programme. First up is Lodge Kerrigan's Keane, already a hit at the Telluride, Toronto, New York and Cannes Film Fests, it's sure to be a critics favourite and while less showy than a lot of the other films on offer it deserves to find a wide audience.

Damian Lewis will be instantly recognisable to fans of Band of Brothers in which he played Major Winters and proved himself a solid ensemble actor (he was also the best thing in the messy Stephen King adaptation Dreamcatcher a few years back). Things move up a notch in the acting stakes with Keane as Lewis is on screen in every single frame. It's an impressive feat, but the acting chops only make up one part of this compact and moving drama.

Lewis plays William Keane, a man on the brink of mental collapse following the abduction of his seven year old daughter at the Port Authority bus terminal in New York. We join him sometime after her disappearance at a point when Keane has taken to reenacting his own movements on that day in an attempt to find a clue as to what happened to his daughter. Growing increasingly paranoid and falling further away from conventional society he struggles to simply survive the crushing guilt and despair that threatens to overwhelm him. Enter destitute mother Lynn (Amy Ryan) and her own seven year old daughter, Kira (Abigail Breslin), who perhaps offer Keane a way to redeem himself.

There's no question that this is Lewis' movie, but the supporting cast is faultless, the direction steady and assured. It’s a character study that sidesteps the need for faux documentary trappings by staying only a few steps removed from Keane’s point of view – everything is shot hand-held, the locations are real and live (i.e. no actors as extras for the crowds in the station etc) and there is little cutting from scene to scene. The realism is further heightened by the lack of a musical score with Kerrigan opting to use only source music which helps in two pivotal sequences – one in a bar in which Keane needs to hear a certain piece of music and later when he dances with Lynn in her meager motel room.

You stay in Keane’s world right up until the final frame and are treated, if that’s the right word, to a realistic portrayal of a man on the very brink of something that none of us would ever wish to face. The kicker is that the more you feel for Keane the more you also begin to worry about the growing dependence he is projecting on Lynn and Kira as his surrogate family.