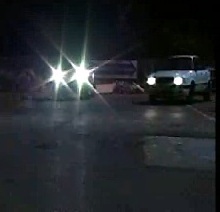 Since ancient times man has always sought advice from those he knew wiser. Whether it be the Delphic Oracle, The Sun's racing tipster, or more often than not for Londoners - the Black Cab driver.

London Taxi drivers are the source of all knowledge – FACT. We have all been raised on the euphemism 'what London a cabbie doesn't know, isn't worth knowing in the first place'. Indeed Reuters tells us that taxi drivers, pub landlords and hairdressers are often seen as the real barometers of modern trends.

Yet it seems all this changes when it comes to technology and strange sexual practices.

When Sarah Carter, the planning director at ad firm DDB London, did a survey of this schism of learned London, nearly 90 percent had no idea what a Podcast was and more than 70 percent had never heard of Blogging.

More people (56 percent) understood the phrase "happy slapping" — a teenage craze that involves assaulting people while capturing it on video with their mobile phones — than podcasting (12 percent) or blogging (28 percent).

But it doesn’t just stop with the Cabbie. Nearly three quarters of workers waste more than an hour a week deciphering what a technical term means, a poll found. An over-reliance on IT staff was admitted by 67% of office workers according to the BBC.

So heroically the Londonist has decided to come to the rescue of the technologically uninformed with the start of a weekly Tech column. Any questions, products or news that you think need to be addressed should be sent to the Londonist Tech Team