Our Own Damn Fault 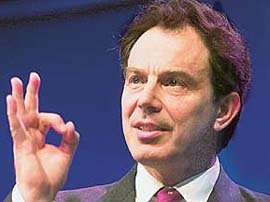 It's a pity that the Foreign Office refuses to comment on leaked documents because we would have loved to hear them try and spin this one:

The letter in question was written in May 2004 by the FO's most senior official and sets out the very clear warning that it was our own actions abroad that were helping those that would recruit young British Muslims to extremism:

"British foreign policy and the perception of its negative effect on Muslims globally plays a significant role in creating a feeling of anger and impotence among especially the younger generation of British Muslims."

At this point it doesn't seem to matter a great deal as it looks like nothing will force Blair to admit he was wrong on anything - like another 'great' PM we guess that he just isn't for turning.

More worrying of course is the problem of trust created by a government in the habit of ignoring advice from people who actually know what they are talking about in favour of their own personal agendas. If we're only now learning just how arrogant these people were last year will it be a year from now before we find out exactly what mess they're about to drop us in next?