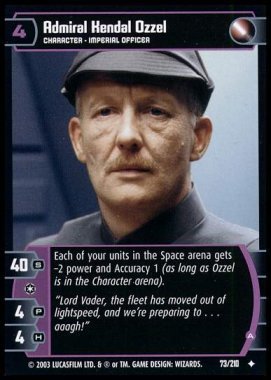 Mr. Bronson has gone to the teacher's lounge in the sky.

Michael Sheard the actor who brought to life the dreaded Grange Hill teacher Mr Bronson has died from cancer aged 65.

Londonist has fond memories of Bronson and his indescribable hairpiece attempting to teach scallywags like Gonch and Imelda Davies French and rather gruffly taking Roland under his wing - even going so far as to allow him to retake his exams after Zammo stole his alarm clock to help fuel his drug habit... and remember when he found Danny Kendall dead in his car? Damn.

Of course the actor had quite a career outside of Grange Hill and as the BBC points out he played Hitler a whopping five times - that's four more times than the real one.

He made numerous appearances on Doctor Who as well as popping up in Blakes 7, Space 1999 (we'll watch that episode tonight), The Professionals, The Tomorrow People and Dixon of Dock Green among others.

His film credits include his memorable turn in The Empire Strikes Back as well as Raiders of the Lost Ark and Indiana Jones & The Last Crusade.