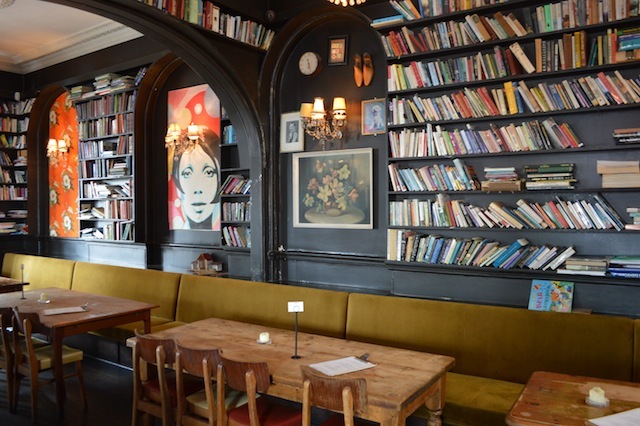 This pub was chosen editorially as one of the top 10 best craft beer pubs in London, 2014. It was also voted one of the best in Crystal Palace by Londonist readers.

Not all of London’s great craft beer pubs are to be found within its central areas, and there are few better examples of this than Westow House.

If you walk up the hill from Crystal Palace station you’ll probably feel that you deserve a pint as you reach the top, but if you can avoid the temptation to quench your thirst in the CAMRA-beloved Grape and Grain and continue to the opposite side of the crossroads, you’ll reach a more contemporary beery destination. Westow House is a large, almost Gothic Victorian pub, sporting dark paint, funky wallpaper, a ‘library’ of books, plenty of tables and chairs, and Chesterfield sofas. And beer. Eight fine cask ales, a similar number of keg taps, and a number of well-stocked fridges will ably slake your righteous hill-climbing thirst, and the well-executed food will help you regain your energy (although on-menu healthy/veggie options are limited).

With DJs until late on Fridays and Saturdays, lazy Sunday roasts, board-games, a pinball machine and the occasional beer festival, the pub is understandably popular with 20-to-40-somethings. And why not.

See also: many of the other pubs in the Antic group, including the excellent Antelope in Tooting.

Back to all Pubs Back to Crystal Palace
Click for Comments