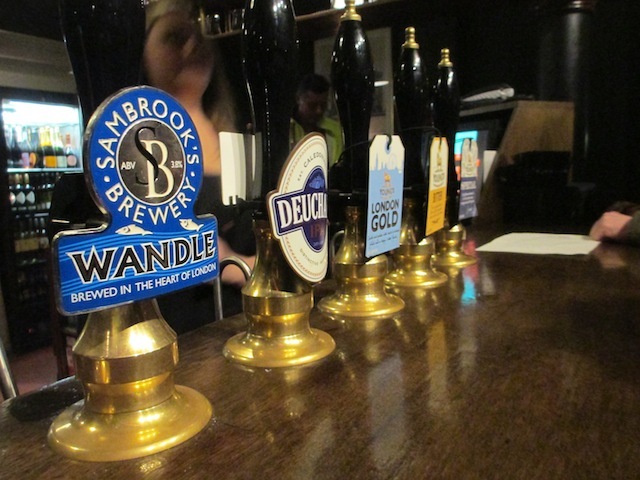 Built on top of a sewerage outlet in an old industrial part of Wandsworth, The Ship might not sound like an attractive proposition. But it is. Very much so. The front room is timewarp pubbery, with browns and creams like your granddad used to know and a champion log fire. The larger conservatory room, an extension to the original Georgian building, looks much more modern. You can eat anywhere, but there's a separate dining room with its own menu...one that recently saw The Ship voted the 14th best gastropub in the UK. Meanwhile, out back, you'll find one of London's more idiosyncratic beer gardens, with a red phone box and some kind of ship's wheel-type-thing. There's a sturdy drinks range with three Young's beers a Deuchars and the ever-present Wandle

Live music happens on Sundays and Tuesdays, with a quiz on Wednesdays.

Some shots contributed by Kerry Lambeth.

Back to all Pubs Back to Wandsworth
Click for Comments