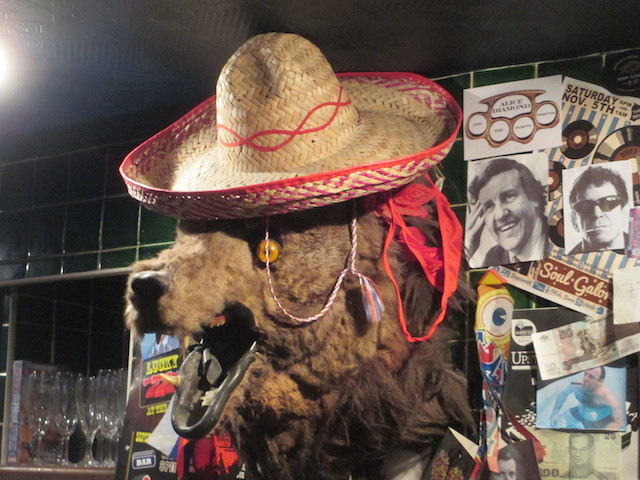 This pub was chosen for inclusion editorially by Londonist, because we like it.

A right ding-dong of a pub, The Bell sits 3 metres outside the City of London, at the scruffy end of Middlesex Street. Its distance from the main cluster of offices means that the bar attracts more of a mixed crowd than pubs closer to Liverpool Street, and it's all the better for it. Most people congregate in the downstairs bar, but there's also a quiet upstairs space, popular with pub meetups. London Historians, London Fortean Society and the Whitechapel Society all make use of it on a regular basis. The beer choice is OK, if nothing remarkable, but there's also a few in the fridge. A second function room in the basement harbours a pool table, darts and Nintendo Wii. All rooms sport a Noah's ark of dead animal heads for some reason.

The current pub has a long history, going back to 1842. Back in 2012, the landlord discovered some old dioramas of Spitalfields in the basement. They're now in the care of the nearby Bishopsgate Institute. Look out for the 'Ding Dong' art work in the windows, pieced together from thousands of bottletops by Robson Cezar.

Back to all Pubs Back to Spitalfields
Click for Comments