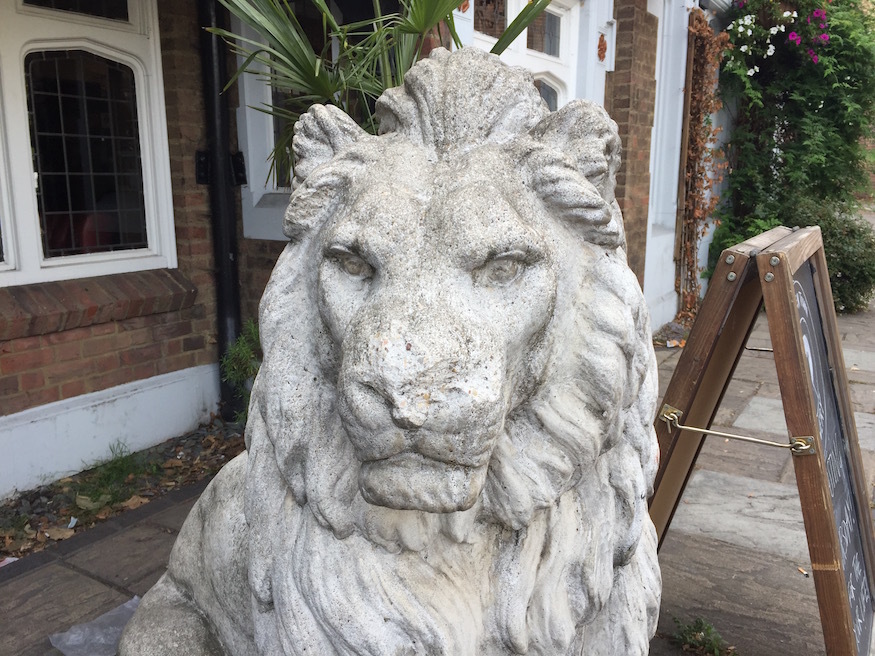 This is almost certainly the finest pub in all the Finchleys. The pub dates back to somewhere around the late 17th century and its building is in the style of an old coaching inn. This part of East Finchley was once known as Finchley Common, and tales abound that highwaymen used to favour the pub between robberies, including those most notable blackguards Jack Sheppard and Dick Turpin. The pub chooses not to glorify these men, but local art adorns the walls and adds to the historical feel of the place.

And it’s big, too. The pub is split into four sections: the main central bar area, to the right a darker, more cosy section with comfy seats and unlikely Scrabble-based decoration, and to the bar’s left a fair-sized dining area and the equally large garden. The latter is the main reason to visit the pub in the summer, as they’ve recently reclaimed more space from a pen of chickens that used to reside here, opening out the outdoor area very nicely.

The range of beers is decent, with six on the pump and various bottled oddities in the fridges behind the bar. There’s a board of recommendations telling you which beer goes best with which item on the food menu, which itself contains standard gastro fare. The wine list is not huge but hardly shameful.