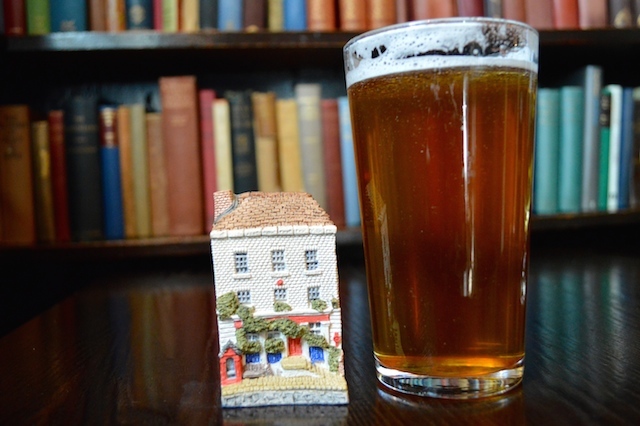 They say Ye Olde Mitre in Holborn is London's most difficult to find pub. 'They' have obviously never been to the Grenadier. This bashful little drinking den hides round a dogleg in a cobbled mews labelled 'private road'. Persevere, however, and you'll find a charming little throwback preposterously close, and yet shielded from, Hyde Park Corner.

The interior is as characterful as the exterior. The pub is built on the site of an old barracks — indeed, it was the original officers' mess — and you'll find military references everywhere. The Duke of Wellington, who lived nearby in Apsley House, is also much in evidence, with back rooms named The Wellington and The Boot. The most noticeable quirk is the collection of signed dollar bills appended to the ceiling. These are said to be for 'Cedric' a grenadier who was supposedly beaten to death for cheating at cards. His spirit is said to haunt the pub, every September. It does not.

The beers seem to be well kept, if fairly mainstream. Best to experience this place on a weekday afternoon, when the small front bar is at its quietest. That said, on our last visit, the bar was propped up by a group of finance wankers discussing their various tax avoidance wheezes in loud braying voices. One of the perils of drinking in Belgravia.