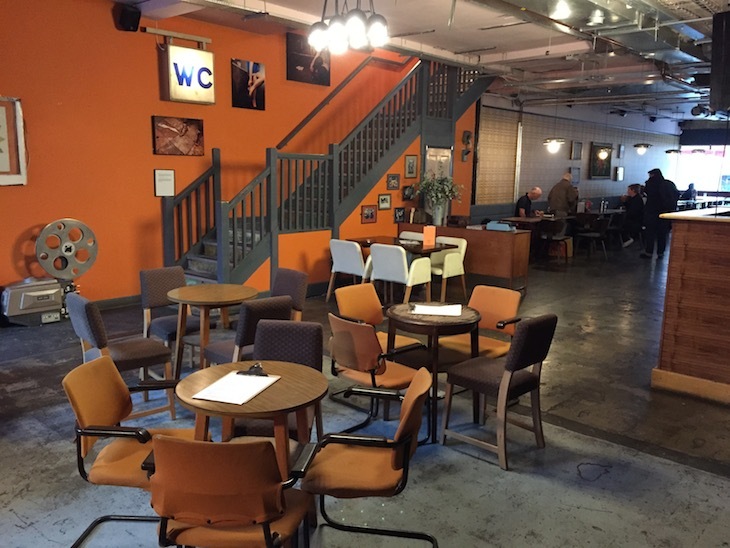 It's hard to write about this place without mentioning the 'G' word, so let's get it out the way up front. The Job Centre opened in 2014 in an old job centre on Deptford High Street. Neither job centres nor Deptford High Street are traditionally associated with middle-class merrymaking, and hence a bit of a twitterstorm erupted upon the bar's opening. The attempt at 'doing gentrification ironically' is 'an insult', according to the Guardian. Almost 500 people piled in to give their penny's worth before comments were closed. And that was just one newspaper. Others responded to defend the chain (Antic), which has a long track record of taking over disused buildings and opening bars that reflect original use (cf. Tooting Tram and Social, Balham Bowls Club, Catford Constitutional Club, &c &c.

The dust has now settled, and what we have is a very fine pub/bar. It's decked out in the chain's usual mix of 1970s furniture, rescued from local charity shops and dens of bric-a-brac. There's plenty of space here, enhanced by the beer yard out back and a function room upstairs. The beer range is pretty exciting, with a bit more on cask than you normally get with Antic pubs. Food is still a bit of an experiment for this place (job centres aren't known for their fully fitted kitchens), but the 'kitchen hijack' scheme sees a rotating mix of street food sellers vending their delicious wares. Music comes courtesy of a vinyl deck next to the bar.