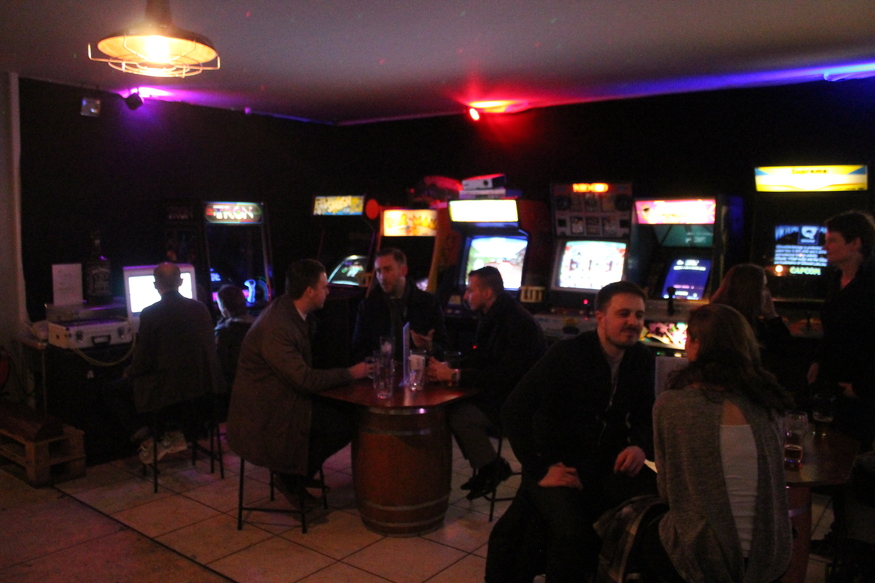 Yes, the premise of craft ales and retro arcades games is more hipster than a mixologist cycling to a taxidermy class on a penny farthing, but still we love The Four Quarters.

The former butcher's shop on Peckham's Rye Lane is one of the slew of cool bars sprouting in the area; this is one of the coolest. Choose from a superb range of beers (Beavertown and Meantime are usually on tap, all number of exotic bottles are in the fridge), change your English shrapnel for American quarters, and fritter away the afternoon on retro games from highly additive shoot 'em up Point Blank to Sega Rally to stuff with moving shapes we don't particularly understand.

Buying four quarters will only set you back a quid, so as long as you don't decide you're staying till you've completed Street Fighter, you shouldn't find yourself out of pocket. And it's free to get your jollies on the consoles, including an N64 and a Sega Saturn.

Upstairs they host film nights and Mario Kart tournaments, while at weekends, DJs materialise and the place becomes a club (we're not entirely sure that doesn't spoil the vibe though). There's also a decent hot dog/chilli menu featuring even better puns. We recommend the Winston Churchilli.