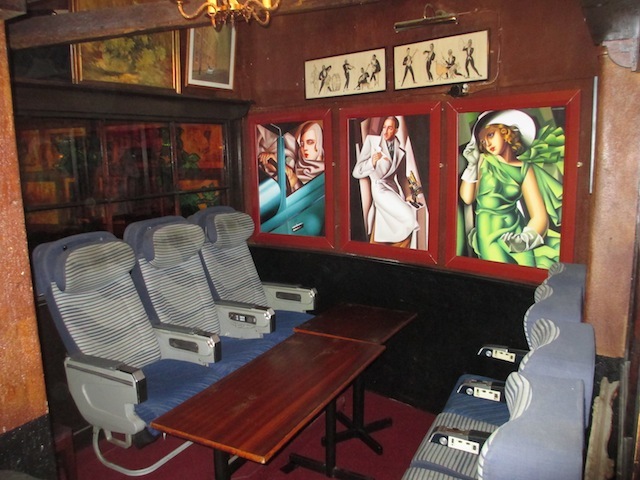 The West End's best known 'secret basement bar', the Phoenix lurks beneath the theatre of the same name half way along Charing Cross Road. It has all the airs of a members' club, yet you can wander in unchallenged before 8pm, then linger as long as you like.

The main room is partly given over to dining, while a back room supports functions and gigs. Patrons have included (according to the web site) Princess Michael of Kent, Keira Knightley, Jude Law, David Soul, John Hurt and Janice Dickinson, presumably not all at the same time. Look out for the novelty furnishings, such as theatrical spotlights, decrepit ceiling tiles, and airliner seating.

The booze choice is cursory by modern standards, though they are starting to dabble with a few interesting keg beers. In a place like this it makes not a jot of difference. You're here to soak up the atmosphere, and the Phoenix has it by the eccentrically decorated bucket-load. If you like what you see, you can become a member for £120 per annum, which gives you priority entry and use of the members' lounge.

The Phoenix recently extended its opening hours in a bid to attract a lunch time crowd and freelancers with laptops. It's now open from 10am every weekday and also on Sundays. It's also open till 2.30am most days.