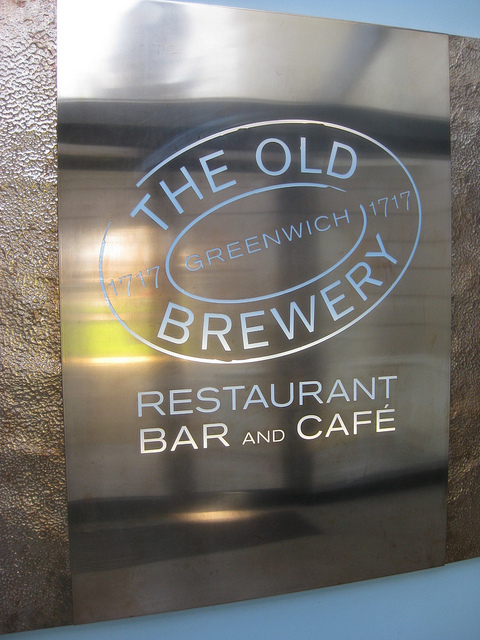 The Old Brewery is — don't act all startled now — built on the site of an old brewery... one dating back to 1717, in fact, which once served the salty old seadogs of the neighbouring seamen's hospital. It's now a brewery once again, one of the homes of the all-conquering Meantime, whose ales can be found in a fair percentage of London's pubs.

The interior is small and minimalist, with light wooden furnishings and stool seating beneath a brick-arch ceiling. During anything approaching good weather, the crowds tend to linger in the voluminous beer yard, which seats over 100 and was recently extended beyond the perimeter wall. There's also a well-respected cafe-cum-restaurant area, which contains the great brass brewing tubs.

Beers are mainly from Meantime, as you'd expect, and mainly on keg. A few intruders can also be sampled on draught. For those who lack decision making skills, the brewery offers tasting boards featuring four one-third measures for sipping. A fine range of over 50 bottles can also be plundered.

While you're here, be sure to check out the Greenwich visitor centre next door, which contains a surprising number of intriguing exhibits. It's as much a museum as a tourist centre. You should also try the brewery's other venue, up the hill at Greenwich Union.