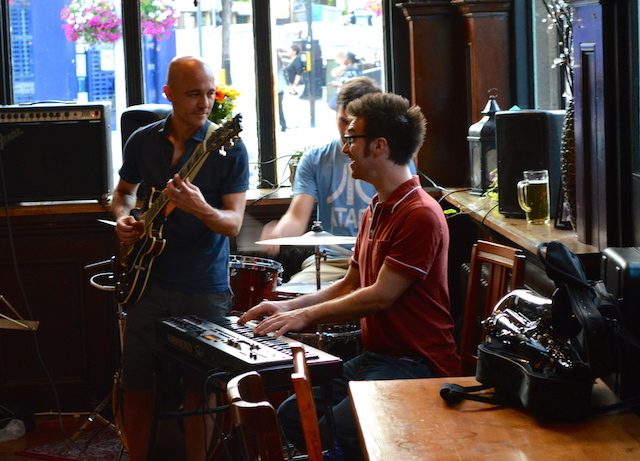 Sitting on a prominent spot on Broadway, the North Star doesn't really need to try hard for passing trade. That the pub is self-evidently marvellous speaks volumes about the management, who've crafted a place where everyone is smiling.

The interior is perfectly poised on the midpoint between an old boozer and a smart gastropub. There are plenty of tables here, but also a large area for standing.

The plum seats are outside, however, in the starry bamboo tunnel. Four or five draught beers offer a mix of old regulars and lesser-known breweries. Food is served throughout, and we were highly impressed with the monster burger. A star pub.

Back to all Pubs Back to Ealing
Click for Comments