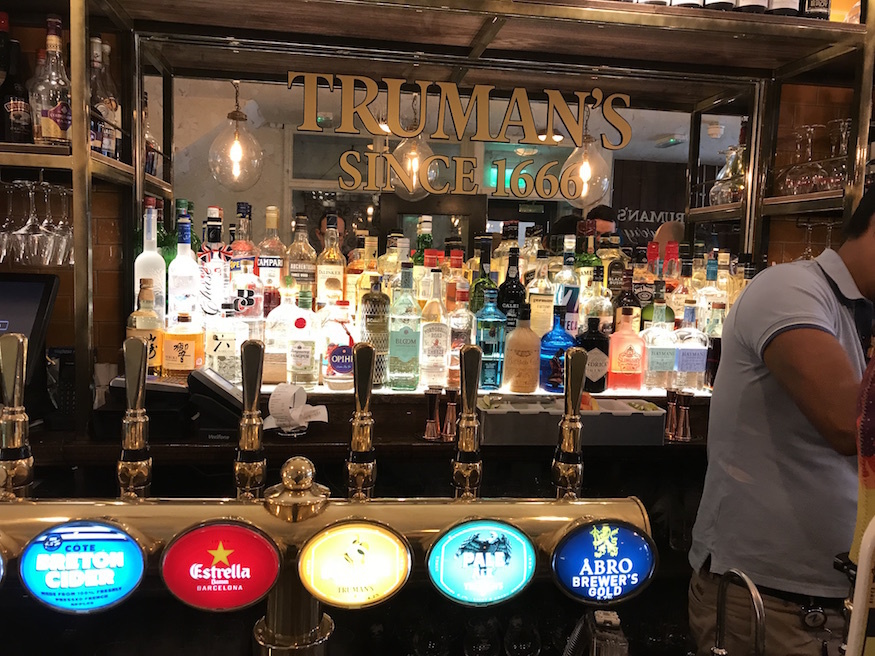 After the Fitzroy Tavern, the Newman Arms is probably the most famous pub in Fitzrovia. Part of that is because of its timeless appeal — a dimly lit, minute bar, appealingly located on a nexus of Georgian alleyways.

Another reason to visit was to see its blue plaque (although not an official English Heritage one), now sadly missing. It was perhaps the only commemoration in London to carry an expletive. The plaque remembered former landlord Joe Jenkins, and proclaims 'You're all f******g barred'.

Yet another contributing factor is its ubiquity in films and TV shows. Most famously, it played a starring role in the 1960 thriller Peeping Tom. Anyone old enough to remember TV series Minder, meanwhile, might recall the still from the closing credits, in which Arthur and Terry struggle with a bent lamp post... yup, that's round here too.

The pub's had a rocky time of late, closing down in 2015, briefly reopening again, then shutting for a complete overhaul. Since May 2018, it's served as an outpost of Truman Brewery, specialising in their beers, but with a number of rotating guest beers too. It's only a wee little place, so don't expect an epic selection.

The bar has undergone a total refit and looks much smarter for the effort. Most striking of all is the cosy basement space, which we don't recall from earlier visits. Those are the plum seats if you find the upstairs is crowded.

It's good to see that the new-management Newman has also continued the pub's tradition for serving homemade pies. Head upstairs if you want to partake of a decades-old pleasure in this place.

Last update September 2018. Images below are from the previous incarnation of the pub.