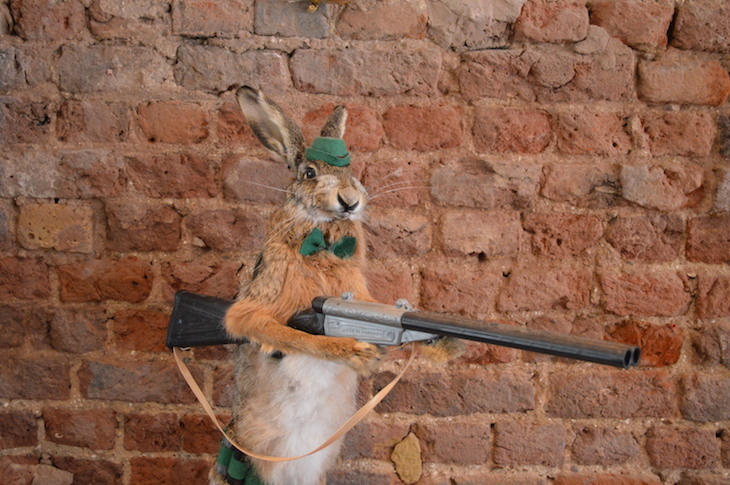 Reckoned to be the oldest pub in Chelsea, established in 1708, the Cross Keys doesn't really look the part. From the outside, it's a humdrum generic, shade of modern pub eggshell blue, much less interesting than in days of yore, when it sported all kinds of nutty embellishments. Inside, too, there's little evidence of antiquity. A recent £0.5 million wood and brick job manages to look both comfortable and stylish, but not old. But there is history here. A plaque lists some of the worthies to pass through its doors: Dylan Thomas, Turner, Agatha Christie, Sargent, Whistler, Bob Marley. That's quite a party. Alas, the place closed down in 2012 when property developers wanted to turn it into flats. The pub was first squatted and eventually saved thanks to a campaign whose supporters included Piers Morgan and Zac Goldsmith.

It's a place of two halves. The front section is well set up for those who just want to drink and nibble on the pricey bar snacks. Round the back is a dedicated restaurant, illuminated with skylights. This being Chelsea, there's a big emphasis on expensive dining, where the cheapest main course clocks up at £13.50. The booze is more reasonable, with a trio of casks at typical prices.

If you like what you see, the small DM group has a couple of other local boozers: the Brown Cow and the Sands End.

Back to all Pubs Back to Chelsea
Click for Comments