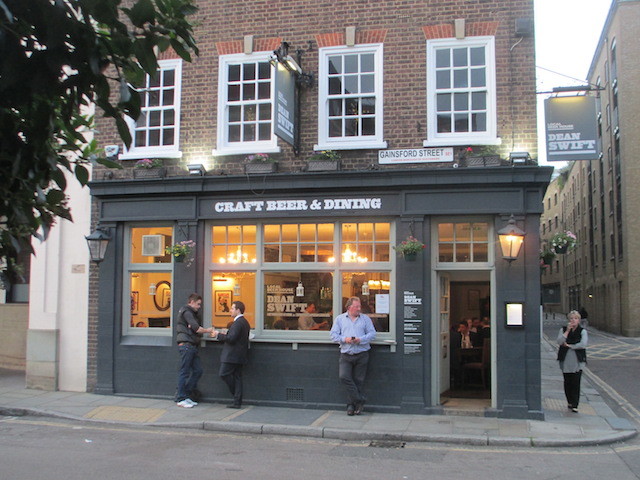 SE1 is something of a magnet for craft ale pubs. The Draft House and The Rake are both in ready pub-crawling distance, especially the former, which is just a block away.

The Dean Swift feels the most relaxed, being neither as cramped as the Rake, nor as poised as its near-neighbour. It's all about the beer, here, with over a dozen obscure tipples (plus Guinness for those who must) on draught and many more by way of bottle. The main bar is fairly small, and populated by as many blackboards as punters, but there's more space in the predominantly dining area upstairs.

This is a sister pub to the Old Red Cow in Smithfield and Hack and Hop in the City, both of which have a similar 'small but full of great beers' ethos.